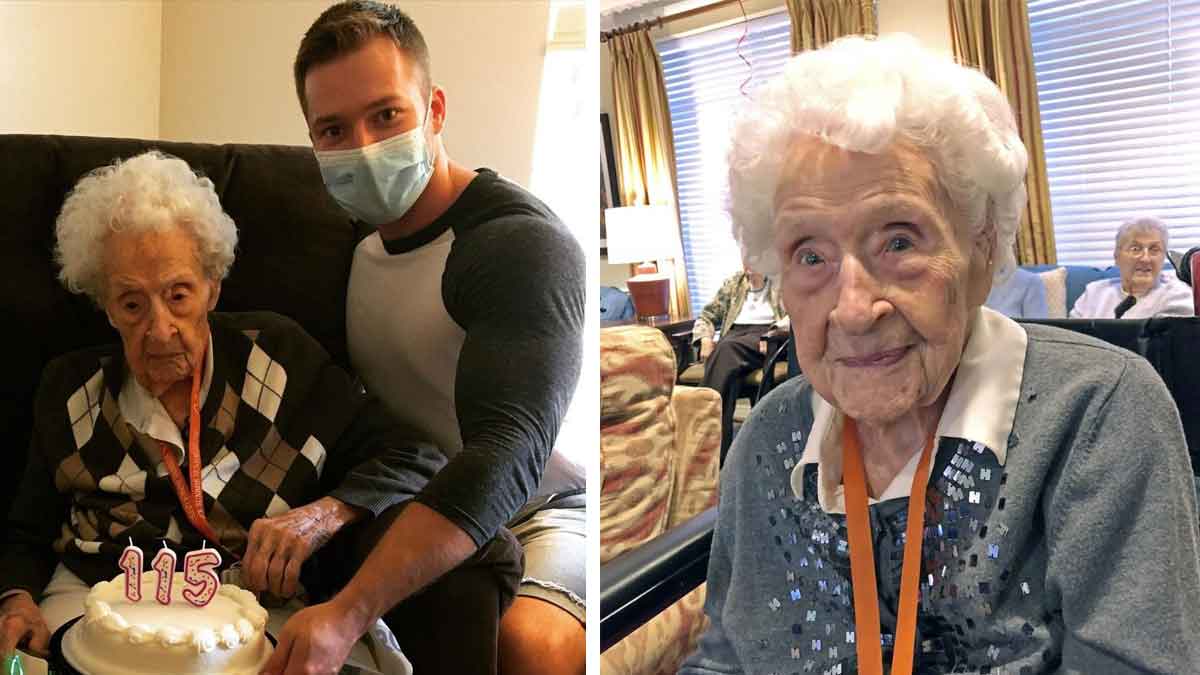 Thelma Sutcliffe, the woman who held the title as the oldest person in the United States, has died. She was 115.

She died at Brighton Gardens senior living center in Omaha, Nebraska where she had been living for the past several years.

Sutcliffe was born on October 1, 1906 in Benson, Nebraska before it was a part of Omaha. By the age of 17 she was married to Bill Sutcliffe, whom she called “her best friend.”

The couple never had any children – something she said helped her live a long life.

She also never smoked, and kept her worrying to an minimum, even when she battled cancer twice.

“I don’t believe in worrying at all,” Thelma said. “What good does it do? That’s how you live to be my age.”

According to the Gerontology Research Group, the supercentenarian became the US’ oldest living person on April 17, 2021, and as of October she was the fifth oldest person in the world.

Maria Branyas Morera, who was born in California on March 4, 1907, is now the oldest living American. She currently lives in Spain.

Please share and send your condolences to her friends and family.