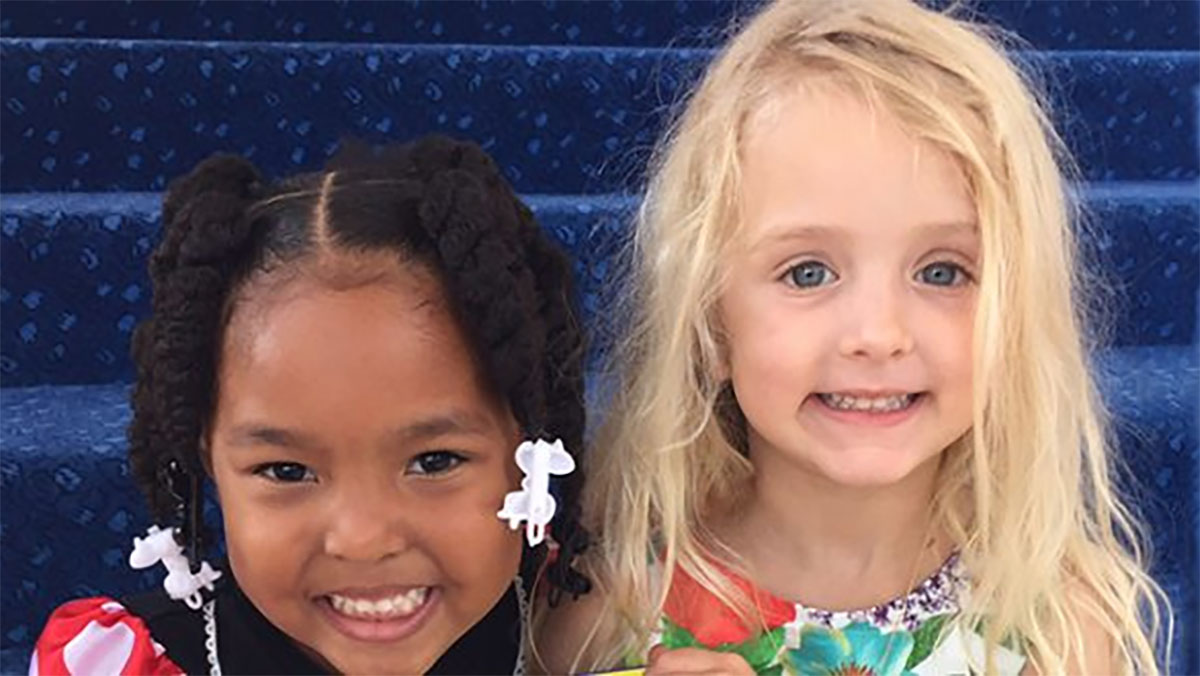 Jia Sarnicola and Zuri Copeland are two six-year-olds who are very close, but if anyone asks they’re not best friends – these two truly believe they’re twins.

The girls met when they were three years old at their school in Miami, instantly hit it off, and have been best friends ever since, Jia’s mom, Ashley Sarnicola, told BuzzFeed News.

When the media first caught up with these special souls they were four years old and definitely best friends but as they’ve got older their bond has got stronger and now they say they’re twins.

“They will tell you that they are twins and they have a long list of reasons why to back it up,” Ashley said.

The girls say their birthdays are practically the same day. They also highlight physical similarities, with Jia saying they’re the same height and they insist on matching outfits.

The girls celebrate their birthdays on June 3 and 5 and have had joint parties over the years.

“[They have] the same vibrant energy, intelligence, heart to take care of others, and both [are] extremely vocal about their needs,” Ashley said.

“We have always taught the girls that being different is cool, and to make friends with new people every day,” she said. “In their class at school, there are six different languages between the 15 kids.”

She said Jia has told her “she wishes she had chocolate-color skin like Zuri because she likes chocolate better than vanilla.”

The girls’ moms, who have also become good friends, said they worry about society taking over and dictating how they feel about each other.

Sadly this has already happened when the girls were at a birthday party and an older kid told them they couldn’t be twins because they don’t have the same skin color.

The heartless comment made Jia cry but through her tears she managed to respond with this killer line.

She said, “You don’t know what you’re talking about. We’re twins because we share the same soul.'”

Zuri’s 23-year-old sister, Victoria Williams, was so moved by her response that she shared the exchange on Twitter and got everyone on board. It was the perfect reminder of what’s really important in life.

Zuri’s mom Valencia says she hopes nothing ever comes between these two.

“We have a lot to learn and we can learn from children,” Valencia said, as per CBS News.

We can all learn a lot from this sweet story of love and acceptance. I hope their bond remains so strong that nobody can break it; they are an inspiration. Please share.