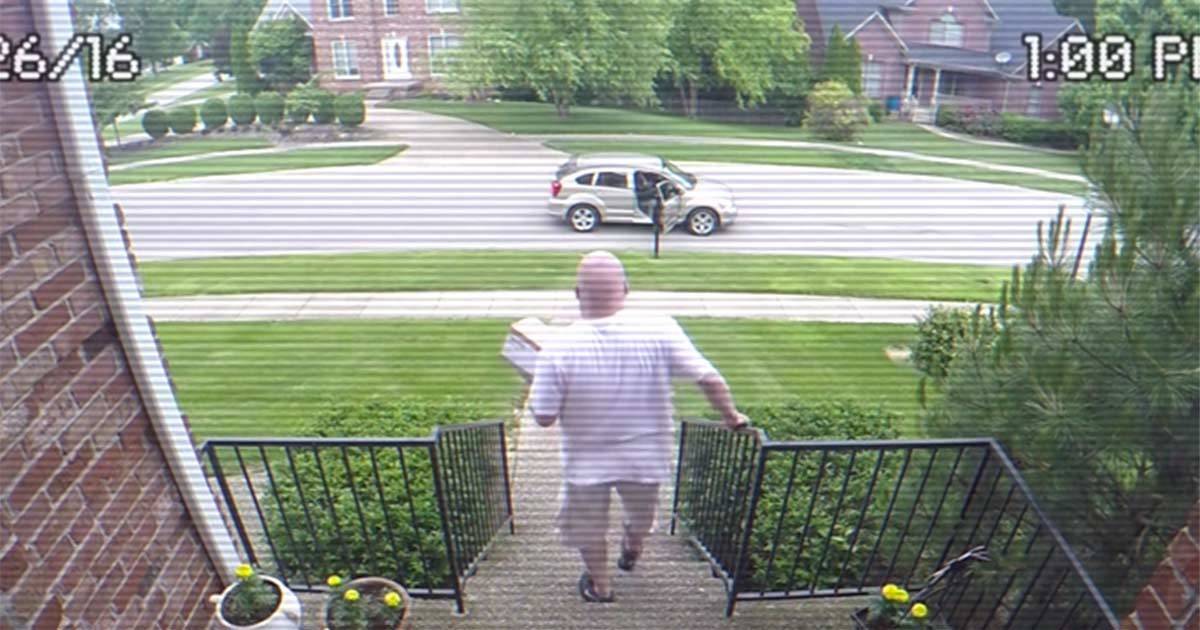 Oddly enough, there are people who seem to have trouble distinguishing between mine and yours.

Tom Mabe was made painfully aware of this when a thief repeatedly stole the packages that were being delivered to his porch. In fact, the whole neighborhood fell victim to the thief, who saw various packages and grabbed them before the homeowners could get home.

But who laughs last, laughs best – and Tom was left laughing hardest after he finally got his revenge on the thief …

Tom Mabe decided, once and for all, to catch the thief in the act – and concocted a plan.

He installed surveillance cameras around the house and packed together a very special package that he hoped the thief would come and grab from the porch.

He’d filled the package with feces – and moreover, he had set it up to explode 40 seconds after it was moved.

After the trap was set, the thief drove past in his car twice, before parking up. He jogged up to the porch, picked up the package and ran into his car – unaware that he was carrying a time bomb that would soon cover his whole car with poop.

Revenge is sweet – that’s what happens when you mess with others. Please share with all your friends!