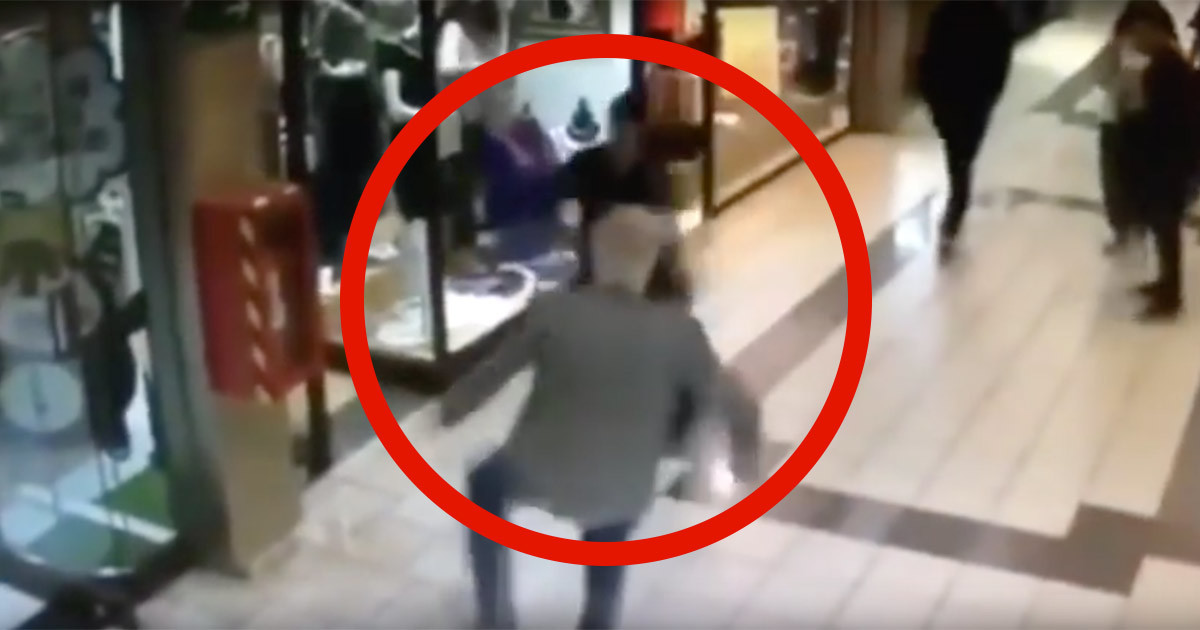 A thief in Santiago, Chile was just about to get away with his stolen goods.

But he wasn’t prepared for the final hurdle—an 84-year-old man named Raúl Muñoz.

Recently, a 15-year-old shoplifted some jewelry from a store in a Santiago, Chile shopping center and then quickly fled.

Meanwhile, 84-year-old Raúl Muñoz was there at the mall shopping with his wife. Suddenly, he saw the teen rushing toward him in the hall.

Raúl immediately realized that the 15-year-old was a thief—and decided to take matters into his own hands.

“It was instinctive,” Raúl said, according to the Telegraph.

Acting quickly, Raúl took a few quick steps forward and brought the thief down with a kick. Unfortunately, Raúl, who lost one of his hands in his 20s, also fell and ended up hitting his head.

“After that, my wife did not speak to me for about four hours,” Raúl said.

But the shoplifter was stopped and arrested—all thanks to the 84-year-old’s heroic effort.

The entire incident was caught on video by a mall security camera. Watch the clip here:

Talk about spirited! Please share this video if you also think that 84-year-old Raul did a good thing!