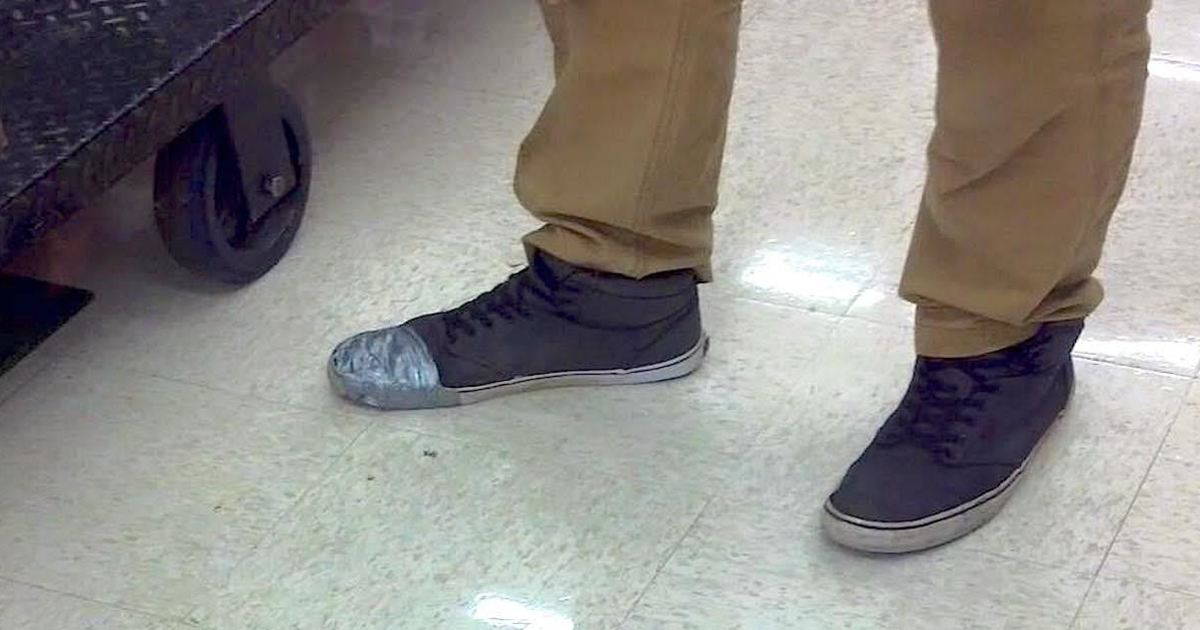 Think back to yesterday. Trace your steps. Where did you go? Who did you see? Think of the people you saw. What were they wearing? Did you notice their clothes? Was anyone shivering because their jacket was too thin? Was anyone wearing worn out jeans that they would’ve replaced if they only had the money? If you answered truthfully, you probably can’t remember. Most of us can’t even recall what our friends or coworkers were wearing. But if you can remember, did you do anything about it? If you’re like me, you probably sighed and went on your way. Fortunately, though, there are people like Officer Sebastian Goldman from the Hueytown Police Department in Alabama in this world. Officer Goldman has an eye for seeing people in need and he’s not afraid to help. And what he did for one employee at his local Food Giant will bring you to tears.

On a recent rainy day, Officer Goldman stopped by the Food Giant store in Hueytown, AL to stock up on groceries. After the law enforcement officer finished his purchase, a 19-year-old male employee helped him carry his bags to his car. During their interaction, Goldman couldn’t help but notice that the boy’s shoes wrapped with duct tape and full of holes.

Most of us probably would have thought, “Oh that’s a shame,” and then driven home without giving it another thought.

But not Officer Goldman.

“I looked at him and said, ‘What’s up with duct tape?”’ the law enforcement officer told AL.com. “Is that something all the kids are doing? A fashion statement?”

The teen explained that his shoes split during work and that he taped them together. He planned to buy a new pair when he received his next paycheck.

The officer thanked the young man for his help and left, but he couldn’t stop thinking about what he’d seen.

Thinking about the rain and how the teen’s shoes would probably fall apart on his way home,  Officer Goldman drove directly to a shoe store, bought a new pair, and returned to the Food Giant.

“I said, ‘Man, here you go. I didn’t know [if] payday was Friday or two weeks from now,”’ Goldman told AL.com.

Officer Goldman’s act of kindness caught the attention of the store’s other employees and customers, including Angela Roach Scory, who documented it on Facebook.

“Today he saw a young man with duct tape on his shoes at Food Giant and bought him a new pair of shoes! Everyone at Food Giant this morning was in tears when he brought them to the young man!!!! Way to go Officer Goldman!!!!”

Share this story if you are inspired by Officer Goldman’s random act of kindness!