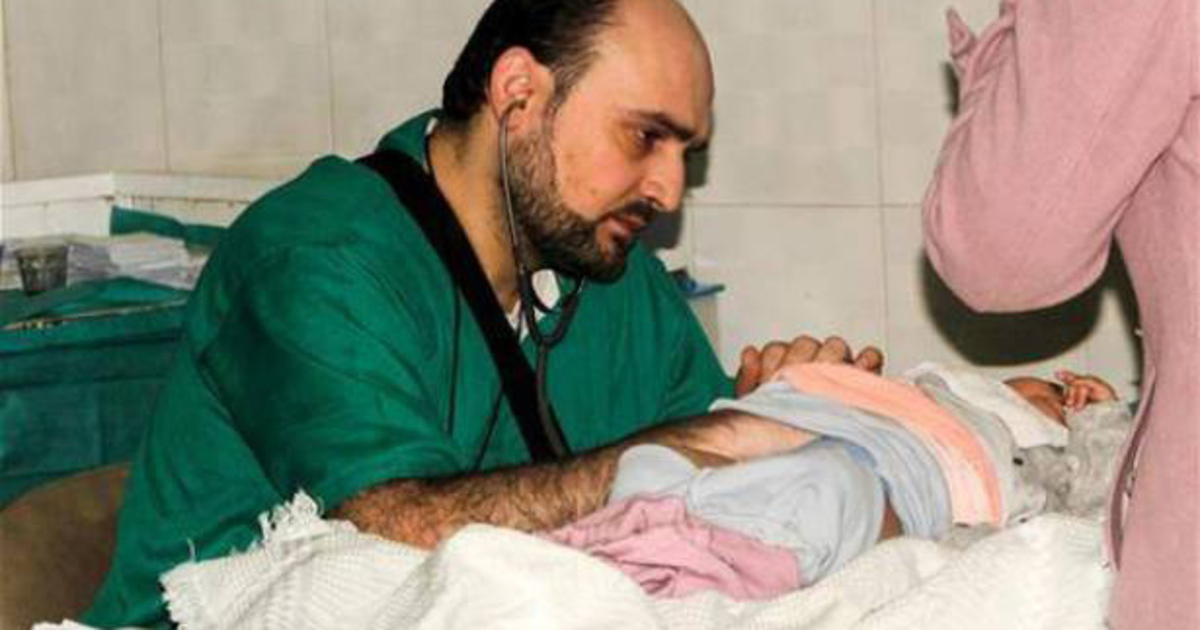 Aleppo, Syria – currently one of the most dangerous cities in the world, where tragic conflict is taking place and lives are being robbed. Despite this, one local pediatrician, Muhammed Wassim Mouaz refused to leave children behind, even as hundreds fled the city. Mouaz was one of the best remaining doctors in Syria and saved the lives of countless children. But Dr. Mouaz is now the a victim of a devastating war, as warplanes bombed Al-Quds hospital in Aleppo.

For the last few weeks, bombs have rained over the city of Aleppo, Syria’s second largest city- killing hundreds of innocent civilians including women and children.

Despite the cruelty of war, Dr. Mouaz refused to leave his hometown, not even to see his family back in Turkey for over 4 months.

Mouaz was the last qualified paediatrician remaining in the war-torn city. He was described as a tireless, compassionate person with a beautiful sense of humor, as he dedicated himself for this noble mission, working day and night with others to save countless children.

But last week on Wednesday, warplanes bombed Al-Quds hospital. Mouaz, alongside a dentist, three nurses, and 22 patients, were killed in the attack.

His colleague Doctor Hatem described Mouaz as a tireless and dedicated doctor. “Muhammed Wassim Mouaz worked around the clock, at the kids hospital during the day, and then overnight shifts at Al-Quds hospital at night.”

US secretary of State Kerry calls for the Assad regime to cease fire and stop “the indiscriminative air attacks” according to Reuters.

The war in Syria began as a peaceful uprising against Bashar Al-Assad in 2011. But conflict has since developed into a full-scale civil war. Over 270,000 people have been killed in the conflict, and millions have been forced to flee their homes.

This footage shows his last moments before the fatal hospital bombing.

Please share this post so the world can remember how this doctor dedicated himself – and gave his life – for the sake of children.