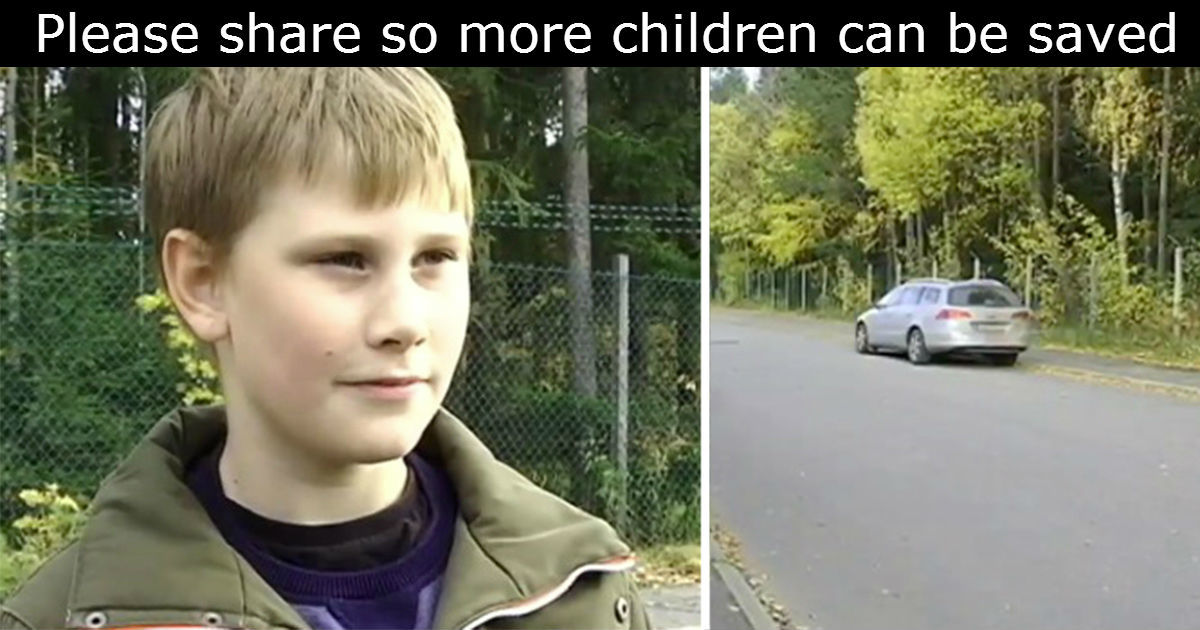 The thought of someone planning to kidnap a child is so horrifying I can barely think about it. That it would happen in your own community and to your own child is every parent’s nightmare. Luckily, this story had a happy ending, much thanks to a clever 11-year-old and his loving mother. William, 11, was out riding his bike when a stranger pulled him over. The man claimed that the boy’s mother was severly injured and that she had been brought to the hospital. William suspected that that something wasn’t right. He remembered what he had once promised his mother: To ask for the password that they had came up with together. By doing so he knew that the man was lying, and a potential tragedy could be avoided. “He looked shady and when he didn’t know the password, I knew that he was lying. I got really scared and used my bike to get out there as fast as possible,” William told local news network SVT. William and his mother’s smart strategy to protect him from harm’s way is going mega viral in Sweden, and for all the right reasons. This is something that happens to children every day all over the world. Together we can pass her method on to parents everywhere to help prevent this from happening to other families.

It was on Friday that William met the man while out riding his bike in the Swedish town Östersund.

“He took of his cap and stood right in front of me. He told me that mom was injured and that she had been brought to the hospital. He told me to come with him,” William told news network SVT.

But thanks to a clever agreement between William and his mother Anna, the man’s bad intentions were quickly revealed.

“I read a story in the news paper about a mother who had been in a similar situation. She had made an agreement with everyone that picked up her child that they all should know a password. And that turned out to be really, really useful.”

Even if one never thinks that this could to your own child, it’s a good thing to keep in mind different ways of protecting your family if the unthinkable happens. I truly believe that this is a good tip to all parents, so please help pass this story on. It shouldn’t be necessary, but it can actually save lives.