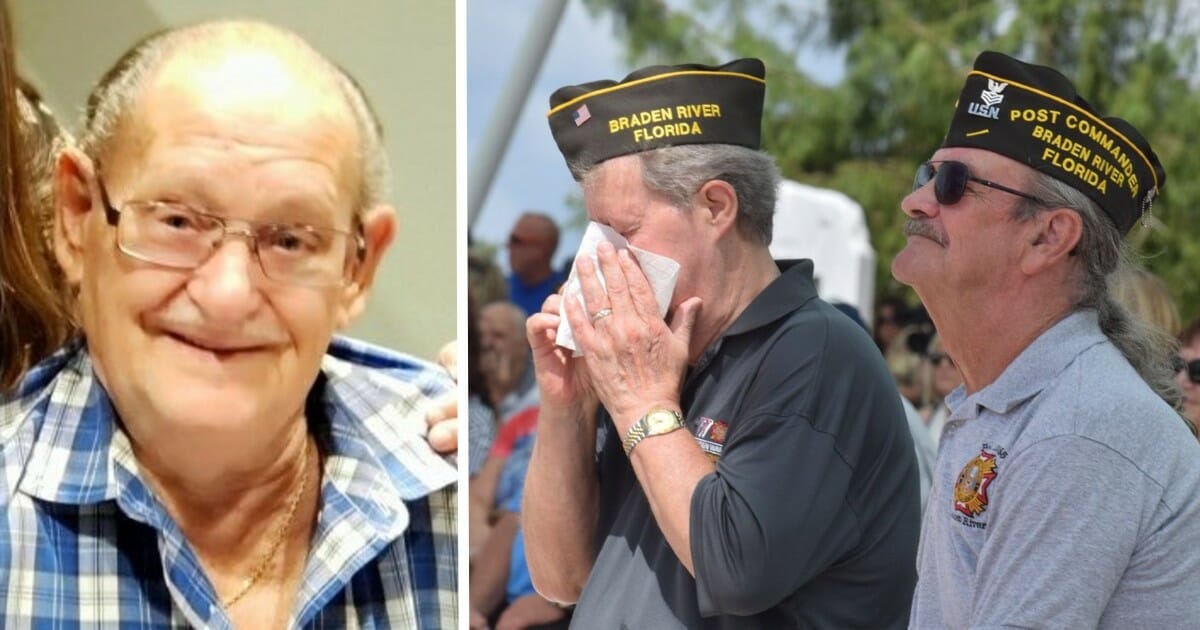 Edward Pearson died on August 31. He was an 80-year-old veteran from Naples, Florida who had no known family members. Fearing he wouldn’t deserve the final farewell that he deserved a social worker approached Legacy Options Funeral and Cremation Services and asked for help.

“One of our ways of giving back to the community of Naples is we offer free funeral services to any indigent or homeless veterans,” funeral director Michael Hoyt told CNN.

The public was invited to attend Pearson’s funeral.

While the news quickly spread online and many said they would attend, no one could be certain how many would show up on October 1, the day Pearson was to be laid to rest.

On October 1, hundreds of cars lined the road to Sarasota National Cemetery, where Pearson’s service was scheduled to take place.

It was a turnout no one could have predicted, then again it was hardly unbelievable that so many people showed up to pay respect to an American hero.

80 Y.O. Honorable army veteran passed away with no immediate family. Anyone who would like to pay your respects his FREE Funneral is today at Sarasota national cemetery in Sarasota, FL. God bless Edward Pearson pic.twitter.com/xs1Y6tNWPN

Pearson served in the United States Army from 1962 to 1964. Before he was honorably discharged in 1964, he reached the rank of private first class. After leaving the Army, he worked for Marriott Hotel Services Inc.

Hundreds have shown up at Sarasota a National Cemetery for the funeral service of #EdwardPearson #veteran pic.twitter.com/w3w9AO9Q3I

At his funeral on Tuesday, he received full military honors. He also received a hero’s farewell.

Some estimates suggest that several thousand showed up to pay their respects to Pearson.

The funeral, which did not follow a set program, featured those who knew Pearson and those who were there to support a fellow veteran.

For those who could not attend a live stream was provided.

WATCH: Hundreds of people attend a veteran’s funeral in Sarasota, Florida, after learning he had no immediate family.

"No comrade should ever be left behind," a fellow veteran says.https://t.co/mcsr6qmAmK pic.twitter.com/7RLFmdERgc

Following the funeral, many took the opportunity to personally honor the veteran.

The ceremony saluting #Florida veteran Edward Pearson is now over. Some people headed straight for the exits. Others lined up to say a personal farewell and touch his urn — a brief personal connection between strangers. #VetsFarewell pic.twitter.com/lbQRrQKnh4

It makes me so happy that so many people showed up to honor a veteran.

I hope the same can happen for any other veteran in the same situation.

Share this to spread the heartwarming news and to let others know that we should show veterans our appreciation while they’re still alive!