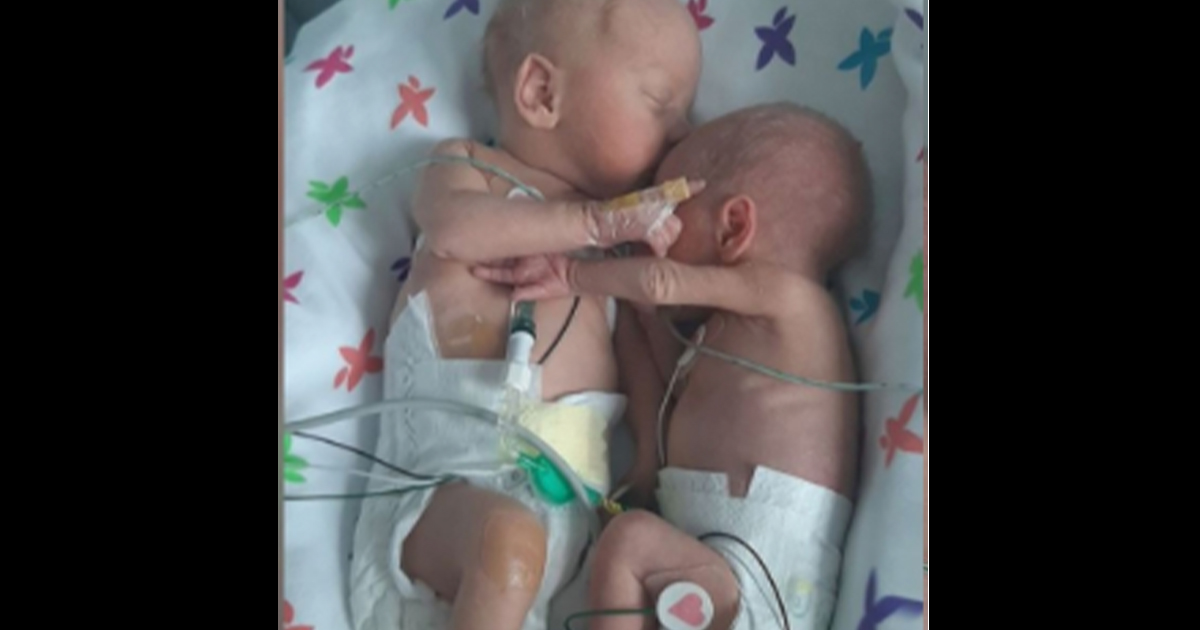 It was the news no parent wanted to hear – a new mom gave birth to twins and was told one of them “wouldn’t make it”.

The 27-year-old first-time mom said she had been prepared for the worst while pregnant with her babies as doctors had told her that Neve’s placenta was deteriorating.

“For a good few weeks I was carrying them I kept getting told by the hospital that she wasn’t going to make it,” mom Laura told British newspaper the Liverpool Echo.

Doctors wanted to get Laura to 30 weeks before they performed a C-section but when the twins were born it was Louie that was experiencing difficulties.

Laura said: “When they did come out she didn’t need any oxygen at all, she was fine. It was Louie, both of his lungs collapsed because he had air in them.

“So he ended up receiving treatment to drain the air out of his lungs.”

Louie had size on his side as he weighed 3lbs when he was born but Neve was just over 1lb.

Still doctors made the decision to separate the two so they could both receive treatment.

Now two weeks after they were separated the two little fighters have been reunited and even gave each other a cuddle.

The babies’ parents have been documenting the twins’ journeys ever since.

Laura, from Merseyside, England, said: “About two nights ago one of the other babies was being moved to a different unit so they brought Neve down and put her in the same room as her brother.

“Then yesterday they put them both in the same incubator at the same time.

“They ended up with their arms over each other, their legs crossed and holding hands.

“She tried to put her hands around his neck – it was funny to watch them.”

Laura said the fighting spirit of her two babies have kept the doctors going through such a stressful and harrowing time in hospitals.

“They’ve never seen a baby like her, so small without having to have any oxygen or anything to help her breathe she’s just doing it all on her own.

“She’s smaller than a baby’s doll but she’s doing so well, she’s unbelievable.”

Such a beautiful story and I hope we can see these two together in a year’s time; such a special bond they have. Please share.