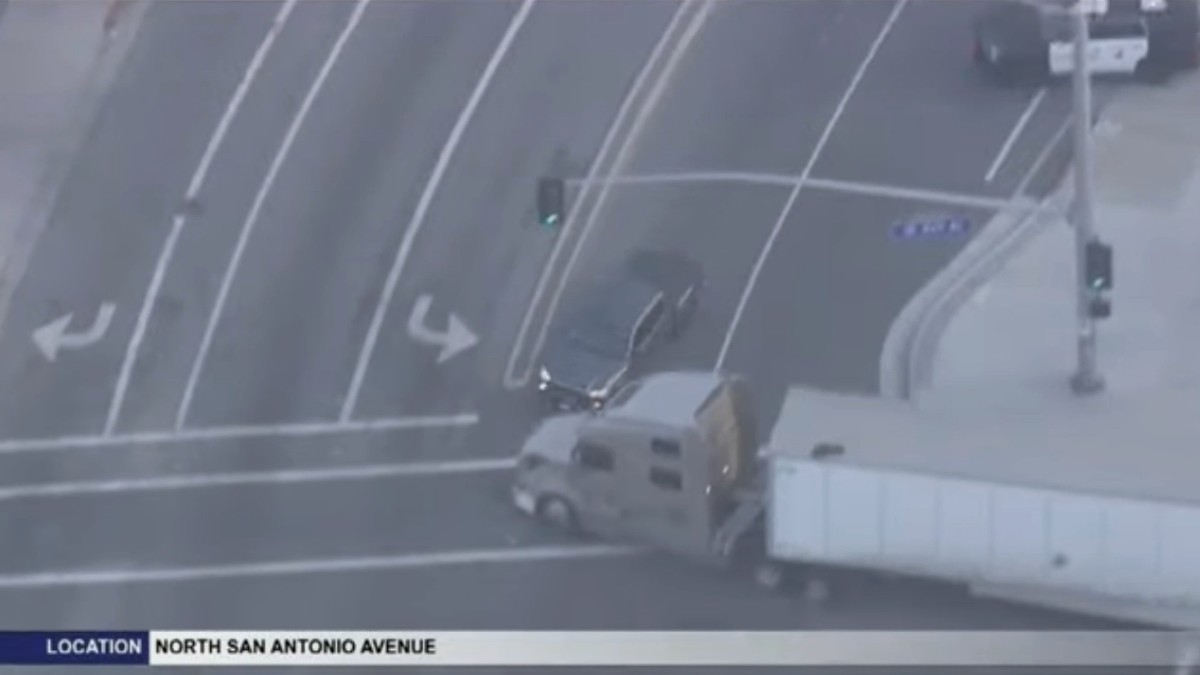 A San Diego truck driver is being credited for putting an end to an hours-long police chase by deliberately crashing into the suspect’s vehicle.

“The second I heard his engine, I floored my truck, and I hit him,” he said. “[I] had to end it before he killed someone, or hit a car or hit a kid.”

On Tuesday evening, a murder suspect fled from police and led them on a chase that lasted several hours and went through several California cities before ending in Pomona, California.

During the chase, the suspect drove at a high rate of speed, ignored red lights, came close to hitting other cars, and drove on the sidewalk.

It was an extremely dangerous situation.

Ahmed Shaaban, a truck driver, was in the area of the police chase and had heard about it while on the phone with a friend.

About 15 minutes later, while Shaaban was sitting at a red light, he saw the murder suspect again.

The suspect’s vehicle was about to cross his path and Shaaban knew he had to act.

“He took a left. So, my intention really was to block the entire intersection,” Shabaan told FOX News, “but by the time my truck reacted and he gunned his truck and I gunned mine, we just slammed into each other.”

Finally, the chase was over.

Police took the suspect into custody. A passenger in the car who was a friend of the suspect claims they did not know he was wanted for murder.

Thankfully, Shaaban was not injured in the crash; however, he believes his big rig, which he purchased less than six months ago for $75,000 is totaled.

Although he’s concerned his insurance won’t cover the damage, he doesn’t regret his decision.

“I would have done it again … somebody had to stop him. Ultimately, it’s a piece of metal, and I may have saved a life,” he said.

A GoFundMe has been set up to help raise money for Shaaban. So far more than $30,000 has been raised.

Thank you Ahmed for risking everything to stop this murder suspect in his path. You are a hero!