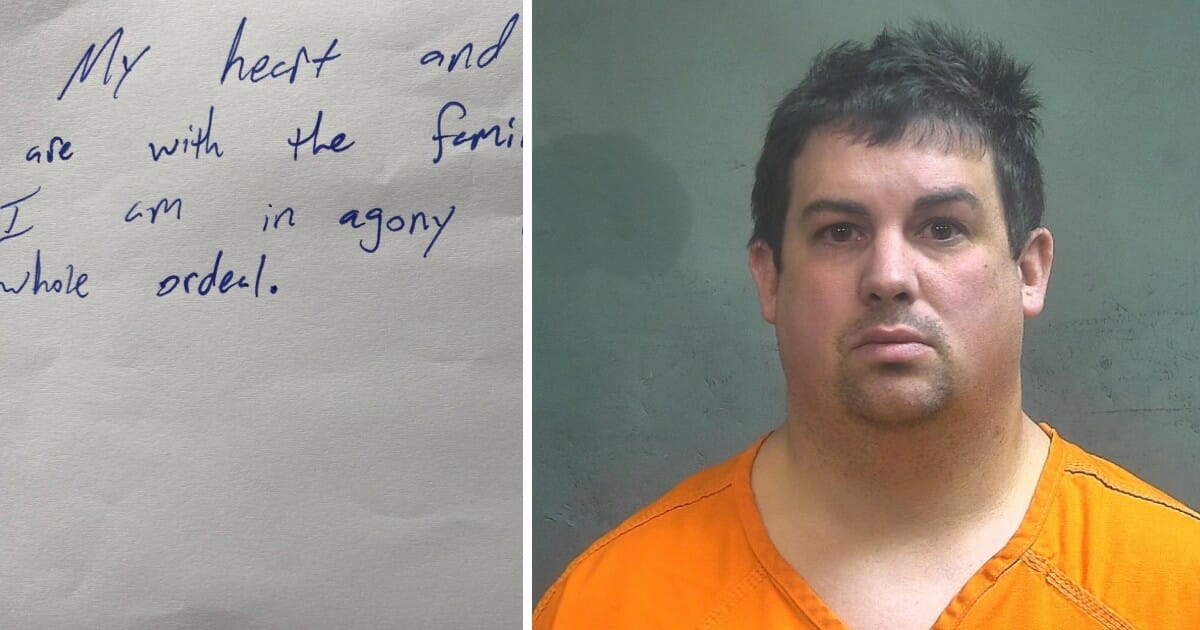 On January 5, Mathew Lewis Small reportedly set a cup of coffee down in his truck and when he looked up it was too late. His semi collided with eight vehicles injuring 14 and killing three, Mariah Tomey, 21, Hadley Tomey, 1, and Kaylee Kirk, 19, on a highway in Indiana.

Small’s truck caught fire while another vehicle went over a guard rail and into a ditch.

The 34-year-old truck driver from Grandville, Michigan was charged on Tuesday with three counts of reckless homicide.

According to the IndyStar, Small told police he was speaking to his wife on his headset prior to the crash. He reached to put down his coffee mug and when he looked up he realized the cars in front of him had stopped. He was unable to stop his 75,000 truck in time.

“He just felt that everything just happened so quickly and is all a blur,” investigators wrote in a probable cause affidavit.

Small reportedly told police he didn’t remember the crash, but recalled pulling his truck off the highway and people banging on his door.

While the accident is still under investigation, an autopsy revealed that two of the deceased victims suffered neck and spinal injuries and the third suffered smoke inhalation.

Sheriff Mike Nielsen of the Boone County Sheriff’s Office spoke to the families who were impacted as well as Small. In a statement released on Facebook, Nielsen said the truck driver was “very regretful and upset” and asked him to pass on a note.

“My heart and prayers are with the families. I am in agony over this whole ordeal.”

If found guilty, Small could face six years and a $10,000 fine for each count.

Court records show that Small has had several traffic offenses dating back to 2004.

“Please continue to think about and pray for all of these families as they walk through this difficult journey,” Nielsen urged the public.

All around this is a horrible tragedy. I will say a prayer for everyone involved.

Share this story to send a prayer to everyone involved in this terrible accident.