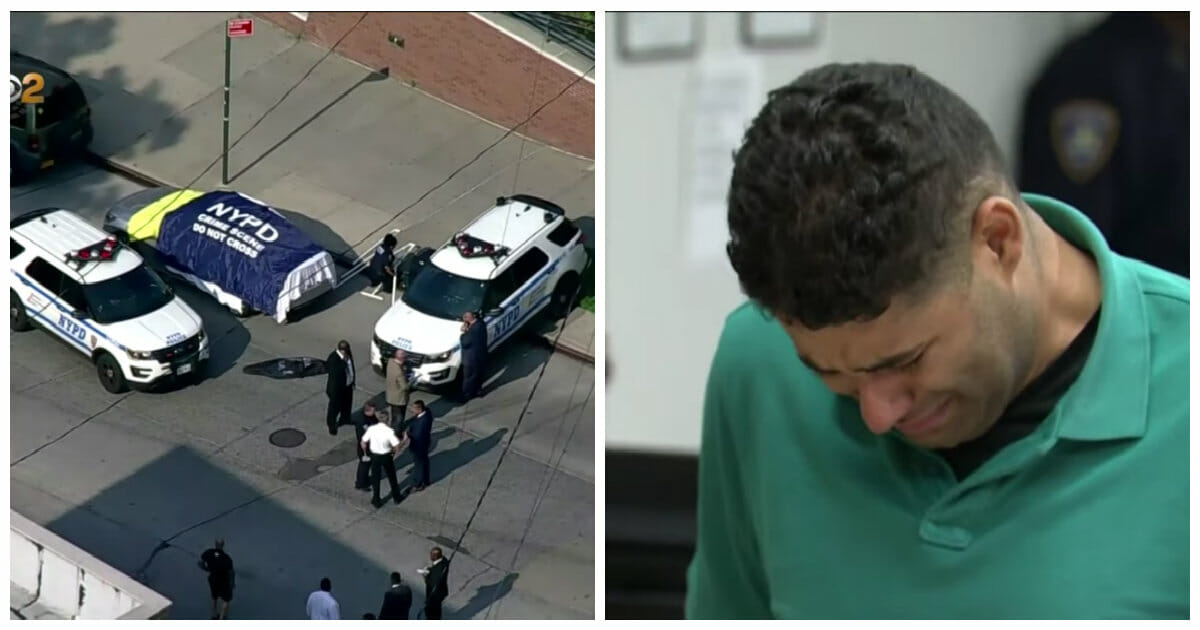 It’s the middle of summer, and many areas have been in the throes of severe heatwaves recently. It’s more important than ever to remember how dangerous and deadly the heat can be.

Sadly this summer is no exception, and the latest heartbreaking incident has left people shocked.

Juan Rodriguez, 39, is a disabled Iraq war veteran and social worker for homeless veterans at a Bronx hospital. By all accounts he has always been a committed, doting father to his five children.

But on Friday, July 26, everything changed.

Rodriguez left his house at 8 am with his three youngest children in tow. He dropped his four-year-old at daycare, and was supposed to drop his twin babies Luna and Phoenix off at different preschool before going to work, according to the New York Post.

Instead, he went directly to work. After eight hours in the office, he returned to his vehicle, began driving off, and suddenly made a horrifying discovery: he had left the babies in the car the whole time.

Both 1-year-olds were dead from the heat. They were found with internal temperatures of 108 degrees, and were foaming at the mouth.

“My babies are dead!” Rodriguez reportedly yelled out. “I killed my babies!”

Rodriguez was in shock, and told the police arriving at the scene that it was just a horrible mistake.

“I blanked out!” he told them, according to the Post. “I assumed I dropped them off at day care before I went to work.”

According to CBS New York, the car’s windows were tinted, making it nearly impossible for any passerby to have seen the kids inside.

Rodriguez was charged with two counts of manslaughter and criminally negligent homicide.

The horrifying story sent shockwaves through the community. Rodriguez’s neighbors in particular were shocked, as they knew him to be a normal, attentive father.

“He would never hurt his children,” another neighbor told the Post. “He’s a very loving father … it’s beyond crazy. That’s a parent’s worst nightmare, it really is.”

“They loved their kids and that’s what we see from the outside,” neighbor Galit Maayani told CBS New York.

Others were simply shocked that anyone could be so forgetful about something like this.

“I don’t have a clue what the guy was thinking. It was like 90 degrees yesterday,” NYC resident Toby Kasser said. “You don’t leave kids in cars, you hear too many stories.”

Rodriguez posted bail, and was embraced by his family as he left police custody. However, he is now on suicide watch.

“My client is inconsolable. He is beside himself in grief, and he’s been that way for a period of time, and I’m concerned about his mental health,” his defense attorney Joey Jackson said according to CBS.

As one neighbor expressed to the Post, “How do you live your life after something like this?”

Rodriguez is due back in court August 1. Police are still investigating the children’s exact cause of death.

It’s a devastating story, one that serves as a chilling reminder how much parents need to be vigilant about their children, especially during extreme weather.