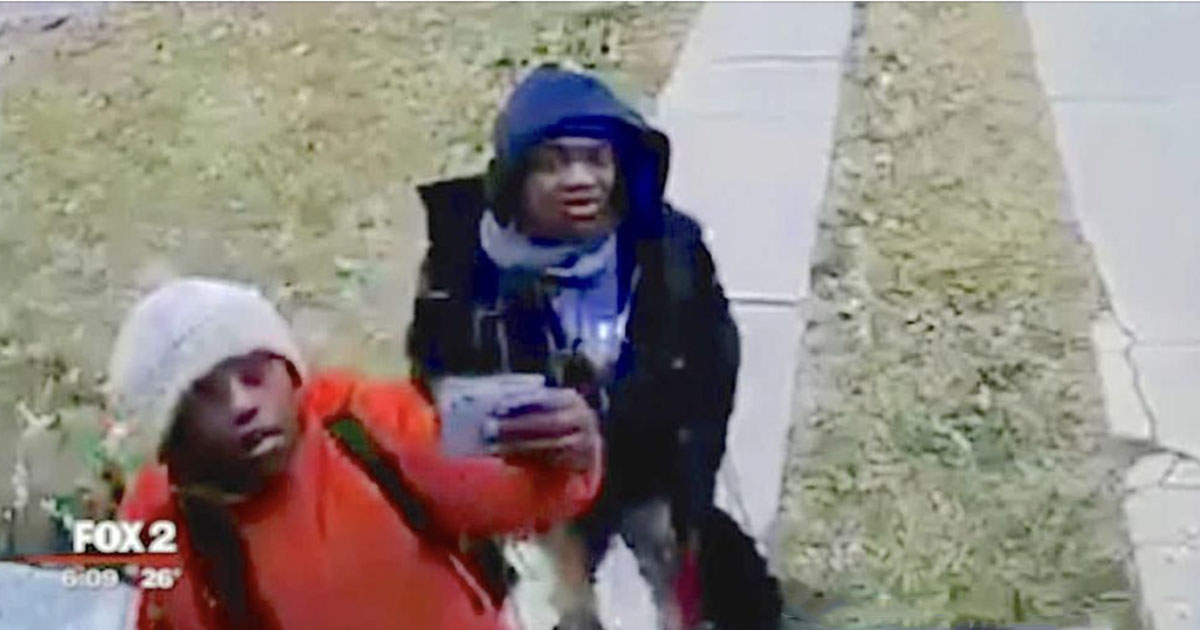 Sometimes an act of kindness can do more than just make our day better; it can restore our faith in humanity. Young children often get told off for not being kind but day in and day out, examples of young people displaying kindness shows you otherwise…

14-year-old twin sisters Makhia and Makyla Vincent were walking on their usual route to school in Detroit when they noticed something on the snow that looked out of place.

As they were curious, they looked inside the wallet and found hundreds of dollars in cash, bank cards, and a military ID. Immediately, the girls knew exactly what they had to do.

Coming from a family where their grandfather was a veteran, they had even more sympathy for the person who had lost their wallet.  “I would hate if that was my granddad and that happened to him, so I knew we had to return it,” Makyla said in an interview.

The wallet revealed itself to belong to Marc Walsh, a disabled Marine Corps veteran. He had somehow dropped it on his way home from the grocery store. When Marc had realized his wallet had been missing, he had no idea where he could had dropped it.

The missing wallet caused the veteran a lot of worry as it had a lot of cash and the loss of the money would hit him hard since he was already struggling to find work.

The twin sisters found the veteran’s address on his identification and sought out his home. When they got there, he wasn’t home so they held up the wallet to the home security system and left it on his front porch before leaving.

Marc’s roommate told him about the peculiar fact of his wallet turning up and sitting on their porch. The veteran was shocked and immediately checked security footage and was shocked to see the people who had returned his wallet were such young girls!

Local media was contacted and helped arrange a meeting between the two parties where Marc thanked the teenage twins in person and told them exactly how much their act of kindness meant to him.

It is honestly so heartwarming to see young people step in and do the right thing. It really helps restore your faith in the world and tells you the kids are alright!

Share this story with your friends and family to help restore them feel better about the state of the world too!