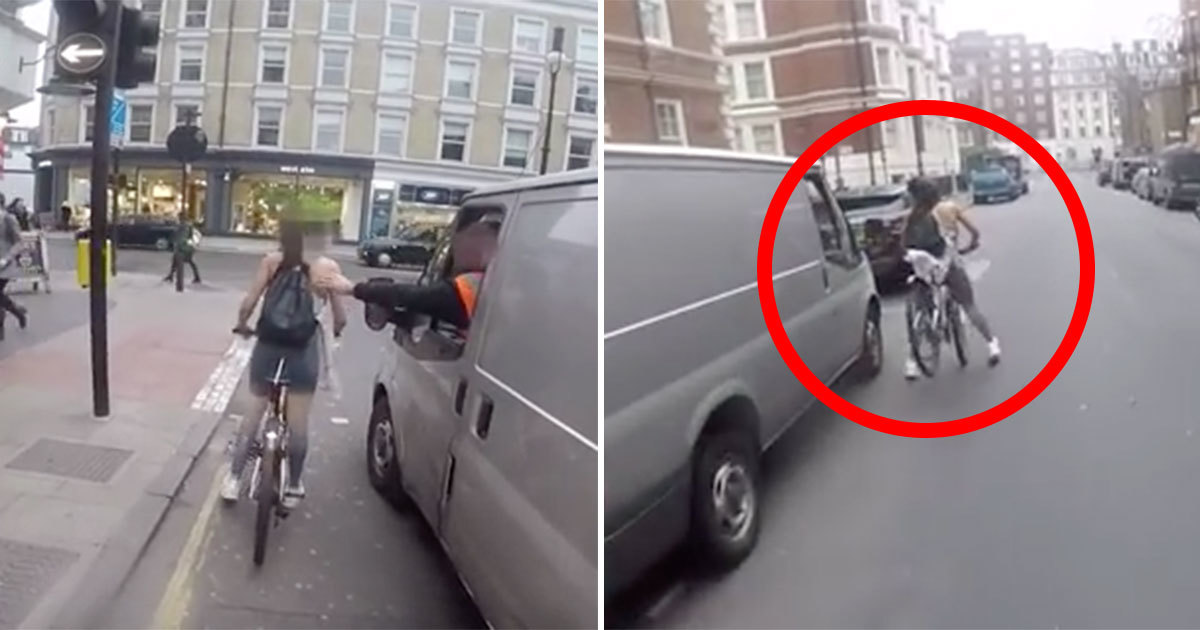 Inappropriate comments, gestures, insults and invitations – every day countless women around the world  are tormented through various forms of sexual harassment.

This was recently brought up in a staged incident in the UK. An actress is set up to be riding her bike around central London and stops at a traffic light. A male actor in a van parks next to her, rolls down his window and begins to harass her. Despite her clear non-interest in him, he insists on taking her out and asks for her number. He even repeatedly attempts to touch her.

In the end, the woman has enough – and decides to take matters into her own hands. When the traffic light turns green, she furiously chases after the van and manages to catch up with it. It’s then time for her to get her revenge.

The staged incident was captured by a moped rider riding behind them. The clip was posted on YouTube on Tuesday and has already been seen over a million times – and I understand why. Have a look for yourself below.

Share this clip if you think that the woman got her revenge on the men in the van!