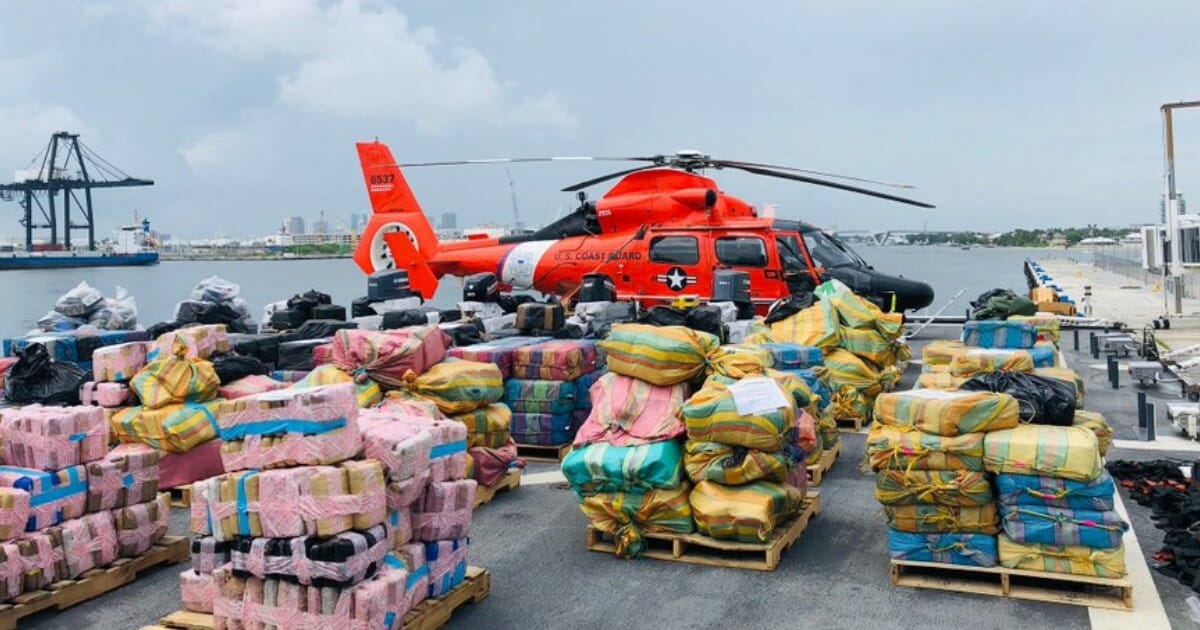 On Tuesday, the U.S. Coast Guard offloaded around 30,000 pounds of illegal drugs at Port Everglades, according to the Sun Sentinel.

The drugs were obtained from drug-smuggling vessels off the coasts of Mexico, Central and South America, and the Caribbean Sea.

Four Coast Guard cutters and two U.S. Navy ships were involved in 11 seizures which were responsible for bringing in 23,000 pounds of cocaine and 6,900 pounds of marijuana since April 1.

The illegal drugs have a street value of $408 million.

“The roughly 15 tons of illicit narcotics being offloaded here today and the likely ensuing prosecutions, are the results of extraordinary teamwork and intelligence-driven operations,” Adm. Karl Schultz, commandant of the Coast Guard, said in a statement.

Officials commented that not only is it important to note that the seizure of 15 tons of illegal drugs will not only benefit American citizens, but also those living in Central America.

Another great job by the U.S. Coast Guard!

Share this to thank the brave people who risked their lives to get these drugs off the streets.