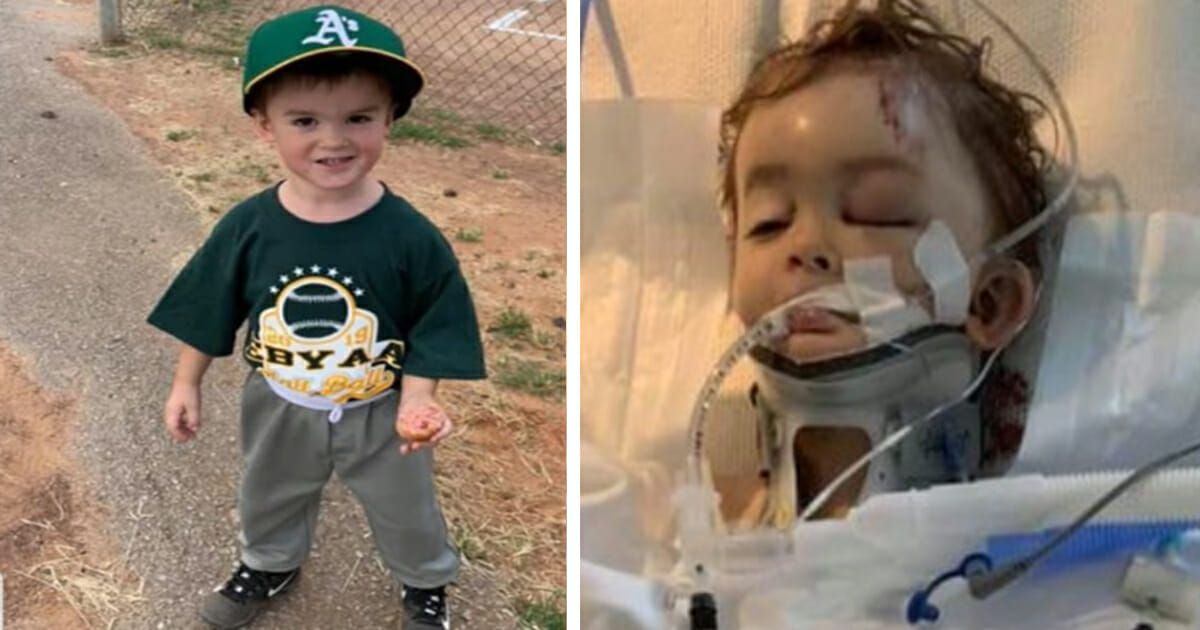 Grayson Meadows, the 4-year-old who sustained severe injures in the tornado that ripped through Hamilton County, Tennessee on Easter Sunday has tragically died of his injuries.

The Chattanooga Fire Department confirmed the young boy’s passing yesterday, saying that they were grieving with his family.

Grayson and his father, Mikey Meadows, were both admitted to the ICU after sustaining injuries at their home on Sunday.

His mother, Danyelle Stone, issued a heartfelt plea for people to pray for her loved ones after she was told by neurosurgeons that there was “nothing” they could do.

“The Chattanooga Fire Department grieves with the family and friends of the victim,” said CFD Captain Chuck Hartung in a statement.

Grayson’s father Mikey is still fighting for his life, according to latest reports. Both he and Grayson were said to have suffered massive head injuries during the tornado, which tore through Southeast Tennessee and North Georgia on Sunday night.

A GoFundMe page set up for the family have so far raised $75,000. It can be found here.

Such updates break my heart. Rest in peace, Grayson, you’re safe in the arms of our lord now.

Share this article on Facebook to send your prayers to this little boy’s family, and join me in asking the Lord to bless Mikey in his ongoing fight.