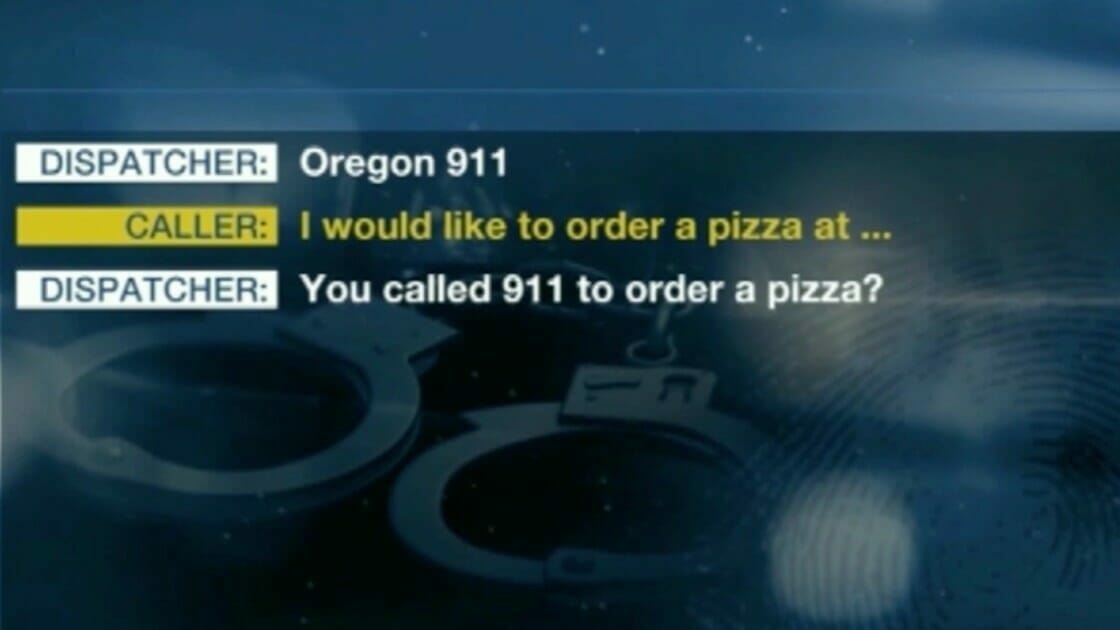 Chances are at some point over the last five years you’ve come across some unique advice as a way to report domestic violence–call 911 and pretend to order a pizza.

The advice originated from a thread on Reddit in 2014 that asked 911 dispatchers to describe the one call they’d never forget.

One comment stood out amongst the thousands that were shared. The user who shared their story claimed someone called 911 and asked to order a pizza. It took a few moments for them to catch on, but eventually they sent help.

Over the years, similar stories have been passed around–there was even a Super Bowl commercial that suggested victims call 911 and order a pizza–but no one has been able to confirm if this is anything more than a legend.

Recently, a dispatcher in Ohio received a call from a female that sounded exactly like this unique tactic.

“I would like to order a pizza…,” the female told the 911 dispatcher.

The dispatcher, Tim Teneyck, told WTVG that in all of his 14 years of service he had never received a call quite like that one.

“You see it on Facebook, but it’s not something that anybody has ever been trained for. We’re just trained to listen,” he said.

It turned out that the person on the phone was calling to report a case of domestic violence. The suspected abuser was hitting her mother and she didn’t want to alert them that she was on the phone with police.

Even though he hadn’t received training for it, Teneyck figured out the victim’s daughter needed help and alerted the responding officers to arrive with their sirens off.

When the officers arrived they were able to arrest the suspect.

An innovative approach to asking for help

Oregon Chief of Police Michael Navarre said that during his 42-year career, he’s never heard of anyone calling 911 and ordering a pizza in order to report domestic violence. But he added that it was “excellent work” by the dispatcher for recognizing the situation.

If you ever find yourself in a situation where you can’t safely call police, Navarre suggests, “Somehow or another convey to that police dispatcher that you are in trouble.”

“This woman did that. She did that not with her words, but with the tone of her voice,” he said.

Have you ever heard of calling 911 to order a pizza when you’re in need of help? Share this on Facebook to spread the word.