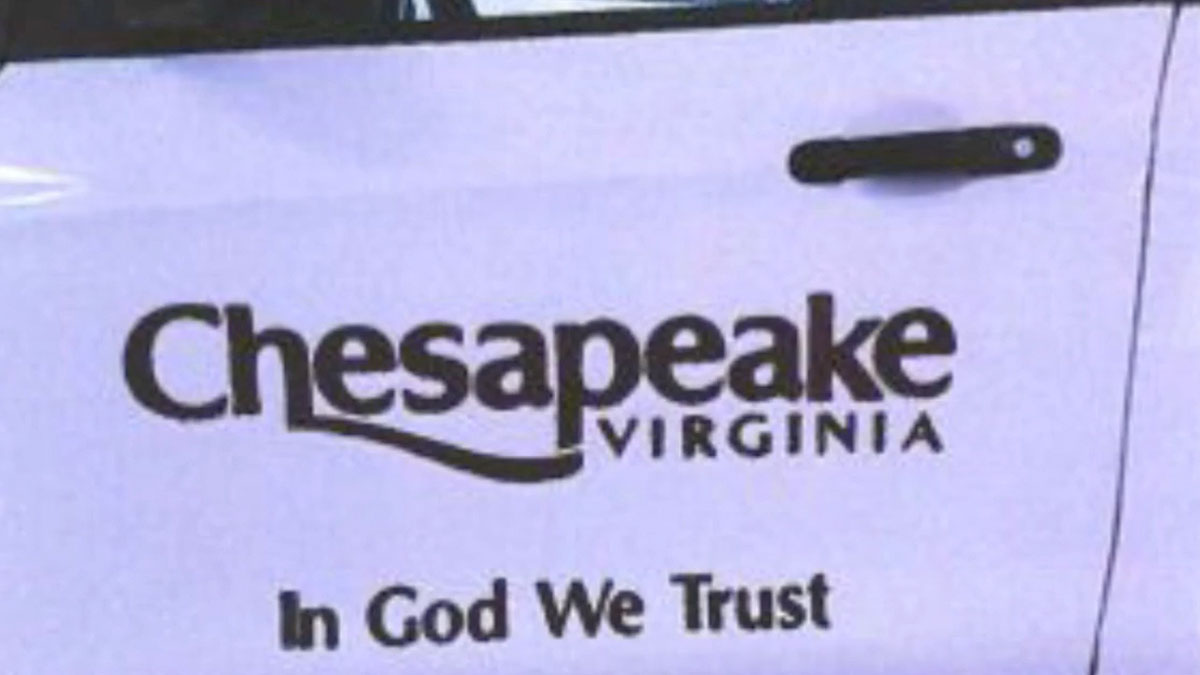 “In God We Trust” has been the official motto of the United States since 1956.

The phrase appears on our currency, government buildings, and now it might be displayed on every city vehicle in Chesapeake, Virginia.

The city council will vote on the proposal Tuesday night.

If the Chesapeake city council were to approve the proposal, it would cost approximately $87,000 and take one year to complete, according to WAVY.

The phrase became the country’s motto after Rev. Billy Graham and President Dwight Eisenhower formed an alliance and believed that Christianity and patriotism should be used as a weapon of sorts against “godless Communism.”

Congress chose the motto as a way to tell the American people “that we’re a chosen people and that we were conceived under God and that we flourish under God, and we turn our backs on God at our own peril,” according to Frank Lambert, a history professor at Purdue University.

What about separation of church and state?

At first glance, one might assume it would violate the Establishment Clause, but many argue that over the years the phrase has lost its original meaning and does not relate to religion.

Justice Sandra Day O’Connor called it “ceremonial deism,” stating that the national motto has been repeated so many times that it no longer has any religious meaning.

“The reasonable observer . . . fully aware of our national history and the origins of such practices, would not perceive these acknowledgements as signifying a government endorsement of any specific religion,” O’Connor stated in her opinion of Elk Grove Unified School District v. Newdow (2004).

Would you support the city of Chesapeake putting “In God We Trust” on every city vehicle?