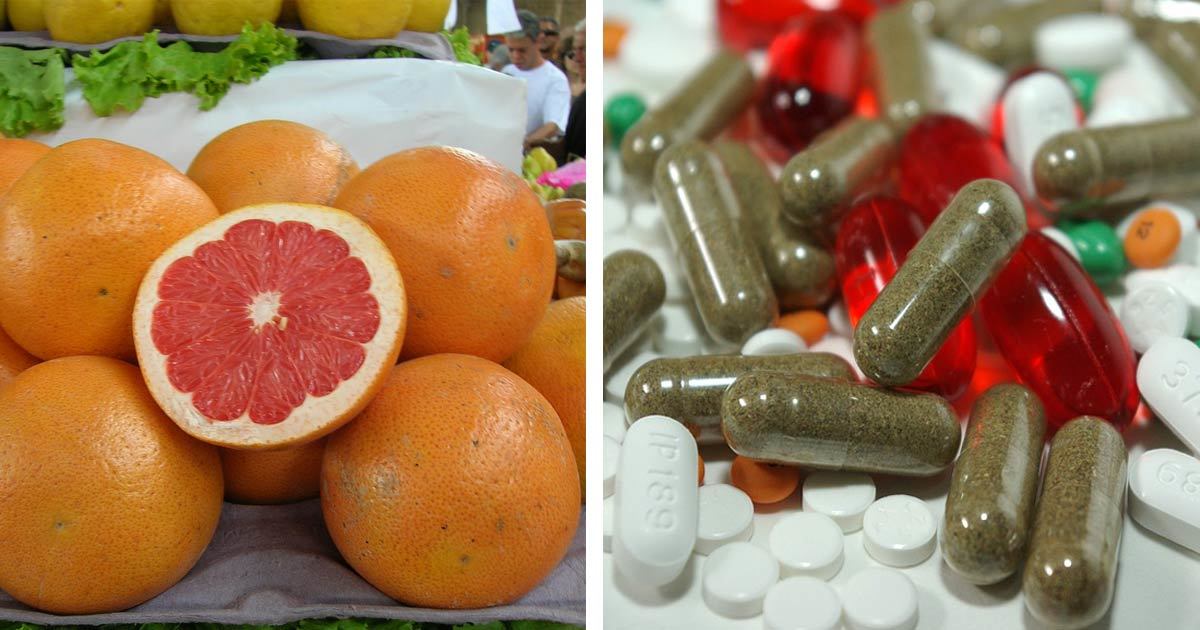 Research has previously revealed that combining grapefruit juice with certain drugs can be deadly. According to additional studies, more medications than previously believed are dangerous to mix with grapefruit juice. Read on for more important information on this potentially deadly cocktail.

The dangerous combination of grapefruit and certain medications was discovered about 20 years ago, although many people are still oblivious to this hazardous mix. The effects of mixing them could have potentially serious effects, including sudden death.

Doctors are warning that the number of drugs that dangerously interact with grapefruit juice is now over 85.

Many of the incompatible drugs are common, such as some cholesterol-lowering statins, antibiotics and calcium channel blockers used to treat high blood pressure.

People older than 45 buy the most grapefruit and take the most prescription drugs, making this group most vulnerable to the dangerous interaction. Also important to note is that all sources of grapefruit, whether the fruit itself or its juice, as well as other fruits from the same family such as Seville oranges (often used in marmalade), limes and pomelos are also not to be mixed with certain medications.

Doctors also warn that the toxic interaction can occur even if someone eats grapefruit or drinks the juice hours before taking the drug, such as drinking the juice at breakfast and taking the medication after dinner.

This page lists medicines with higher risks of serious interactions with grapefruit, but note that the list may not be comprehensive and newer drugs may not be listed. Always consult with your doctor or pharmacist if you have any doubts.

Please share this important warning with everyone you know, particularly people over 45 who may take prescription drugs.