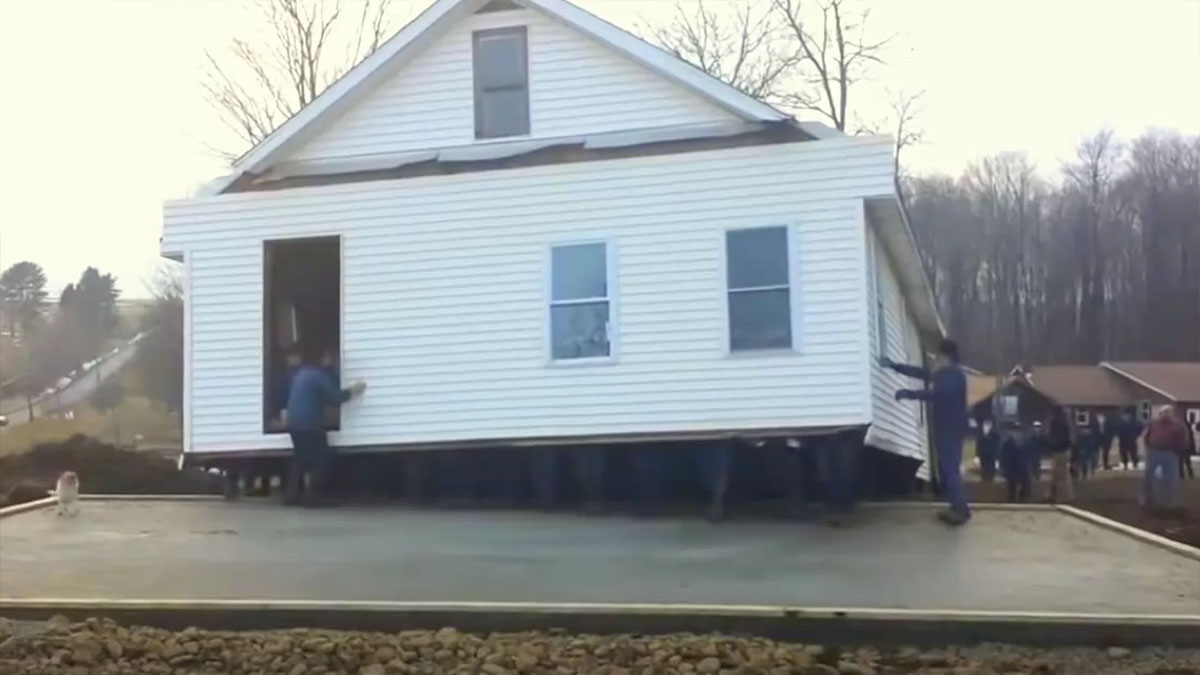 It was an unbelievable sight and a much-watched video in 2014 – 80 Amish men moving an entire house from one place to another.

What was so unbelievable was that these men did it all with their bare hands and in a matter of minutes.

Not only did this impressive feat require strength but also teamwork.

The thought of using our bare hands to move something as imposing as a house wouldn’t even enter our heads, we’d immediately start considering the kind of equipment needed, yet these people did it all with manpower.

A video of the impressive achievement which took place in Spartansburg, Pennsylvania, was posted on YouTube in 2014.

A sizable Amish community has been located in the area since the early 1920s with clear signs from this video that this is a community that has relied on their strength over the years.

After building the house in a separate location, dozens of men grabbed hold of the house from the inside and lifted it up to be placed on the foundation.

As they lifted the house from the inside, only the group’s feet can be seen and after just a few seconds of lifting they have to raise the house even higher so it can sit over the foundation.

They do all this without any damage to the building – it’s an impressive sight to see the men on the outside guiding those on the inside of the building. Even a dog shows up to try and help out.

The Amish are a group of traditional Christians affiliated with the Mennonite church, which originated in the 17th century among Jakob Ammann’s followers.

How the Amish live depends on the community they belong to, but generally they don’t allow the use of technology and try to retain the traditional methods of farming, building, and running a house rather than using the modern tools most of us take for granted.

Watch dozens of Amish men moving a house in the video below.

You really need to see this video to believe it. This group proves that with teamwork you really can achieve anything.

Please share this video if you too were impressed by this group’s achievement.