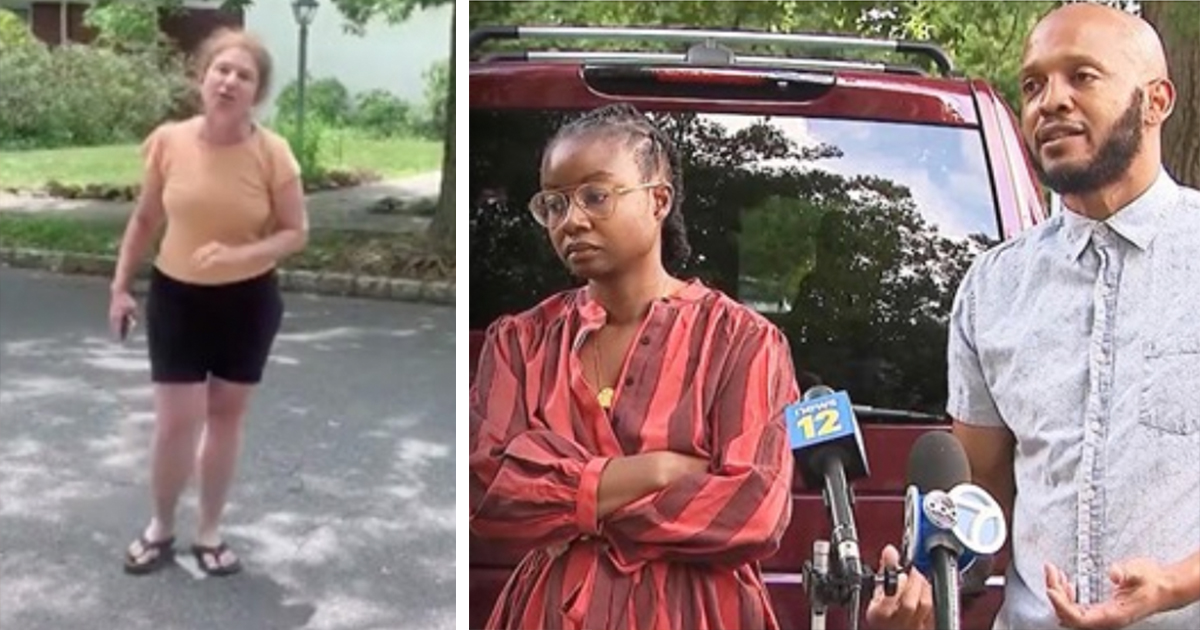 Ever since lawyers Fareed and Norrinda Hayat moved into their New Jersey home they say their neighbor has complained.

From the tree house they built for their children to the color of their home the Hayats say their white neighbor Susan has had issues, NBC News reports.

But in the latest issue over whether the Montclair, New Jersey couple needed a permit to build a patio, their neighbor’s complaint led to the police being called and a protest march.

In the incident, which was caught on camera, Susan became irate after questioning whether the couple had a permit, something they don’t need to build a patio in their yard.

When the couple asked her to leave their property, she then calls the police claiming that Fareed pushed her, an accusation he denies with the support of some of his other white neighbors.

Neighbor Lisa Korn said: “Standing up for your neighbors is how change happens, it’s also the moral imperative of our time.”

When police arrived they not only determined that Susan’s assault claim was false they asked Fareed if he wanted to press charges against Susan, according to NBC News New York.

“If the police had come here and overreacted I could have been dead, the police did not do that,” Fareed told NBC News New York.

“Simple answer is that respect us, understand that we are not suspects and give us the benefit of the doubt.”

Dozens of protesters held a peaceful march past Susan’s house that evening chanting anti-racists slogans and wrote “not here” in chalk outside her house.

Racism has no place in our society.

From the police’s response to the neighbors who supported them, this is how a situation like this should be handled to quickly stamp out this potentially dangerous behavior.

I commend Fareed and Norrinda Hayat’s gracious response to Susan’s shameful actions and wish them a peaceful life enjoying their new patio.