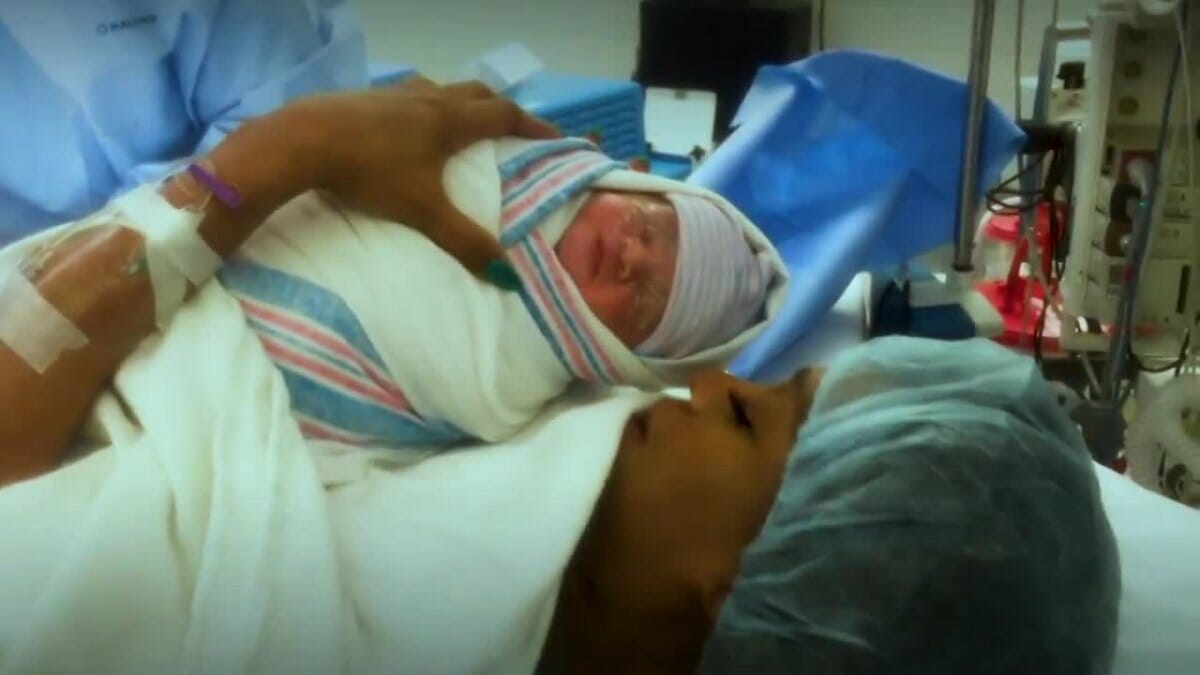 Life is both short and unpredictable. Treat each day as your last and always cherish every moment with the people you love – you never know when they might be taken away from you.

Someone who knows about this far too well is Charles Johnson from California, USA.

Three years ago, Charles was over the moon with joy. His wife, Kira, was pregnant and they couldn’t wait to start their family life together.

But just minutes after their baby boy’s birth, Charles’ whole life was turned upside down.

He was struck by an unimaginable tragedy — a nightmare of the most heartbreaking proportions.

When Kira arrived at L.A.’s Cedars-Sinai Hospital to give birth, she was taken to the operating room. But what was supposed to be a routine Cesarean section evolved into something completely different.

Shortly after the birth, Charles looked at his wife and realized something was very wrong.

“I just held her by her hand and said, ‘Please look, my wife isn’t doing well.’ This woman looked me directly in my eye and said, ‘Sir, your wife is not a priority right now.’ It wasn’t until 12.30 a.m. the next morning that they finally took the decision to take Kira back to surgery,” Johnson told KTLA5.

According to Charles, it took several hours for his wife to get help.

When Kira finally was taken back into surgery and opened up, the doctor’s made a shocking discovery. They found 3 1/2 liters of blood in her abdomen, according to Charles.

By then, Kira had been bleeding internally for 10 hours, and it proved fatal.

The hospital said it can’t respond directly to the situation because of privacy laws, but made a statement confirming that the case is being investigated.

“Cedars-Sinai thoroughly investigates any situation where there are concerns about a patient’s medical care,” the hospital said.

Charles is still struggling to cope with the loss of his beloved wife.

Kira was indispensable to her family. She also had a great social life. As a successful entrepreneur, she spoke five languages and had a flight certificate.

Women dying from pregnancy and childbirth is still a problem in the United States.

“I started to do research for myself. I realized, oh my gosh, we are in the midst of a maternal mortality crisis that isn’t just shameful for American standards. It is shameful on a global scale,” Johnson said.

Sadly, about 700 women die each year in the United States as a result of pregnancy or delivery complications, according to CDC.

“There is a failure and disconnect from the people who are responsible for the lives of these precious women and babies to see them and value them in the same way they would their daughters, their mothers, their sisters,” Johnson said.

Aside from trying to hold doctors and hospitals accountable, Johnson also wants to raise awareness among people.

“If I can simply do something to ensure that I can send other mothers home with their precious babies, then it’s all worth it,” Johnson said.

At the same time, the widowed dad is doing everything possible to raise his now 3-year-old son Langston in a good way.

“What I try and do is wake up every day and make mommy proud,” Johnson said.

In 21st century America, in the richest and most powerful nation on Earth, no woman should ever die from pregnancy or childbirth. Share this story on Facebook if you agree.