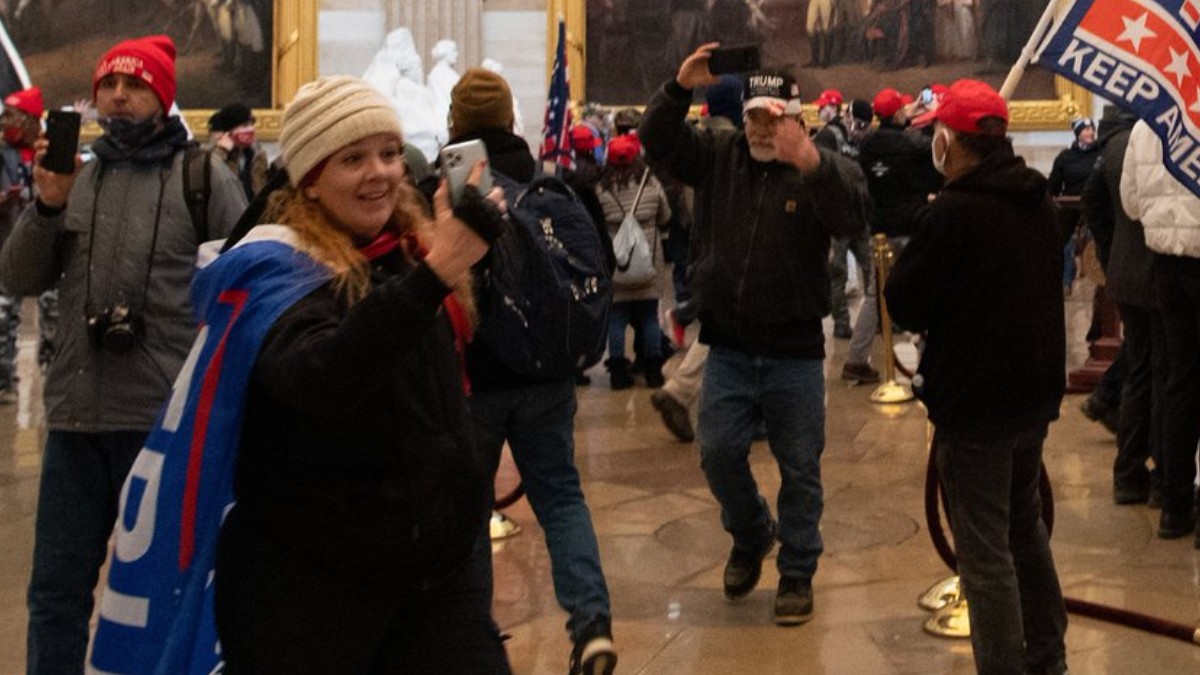 Jenny Cudd, a woman who has been charged with participating in the siege at the Capitol Building, has been granted permission to leave the country for a previously booked vacation to Mexico.

It stated Cudd “planned and prepaid for a weekend retreat with her employees for the dates of February 18 through February 21, 2021, in Riviera Maya, Mexico.”

Cudd, who is a small business owner and former mayoral candidate in Midland, Texas, has been charged with entering a federal building and engaging in disorderly conduct.

Evidence from the FBI shows that not only was she photographed inside the Capitol Building, but she live streamed herself inside the federal building and then gave the location where she was staying.

“I was here today on January 6th when the new revolution started at the Capitol,” she reportedly said in her video.

According to reports, the conditions of her release included: staying away from Washington D.C. unless she was there for court, pretrial purposes, or to meet with her attorney; call pre-trial services once per week to verify her address; advise pre-trial services of any travel within the U.S. outside of her home; and no travel outside of the continental U.S. without prior court approval.

USA Today reported that a U.S. magistrate judge approved her request to travel to Mexico, and prosectors had “no position” on the matter.

What are your thoughts on this? Should someone who has been charged with a crime be allowed to leave the country?