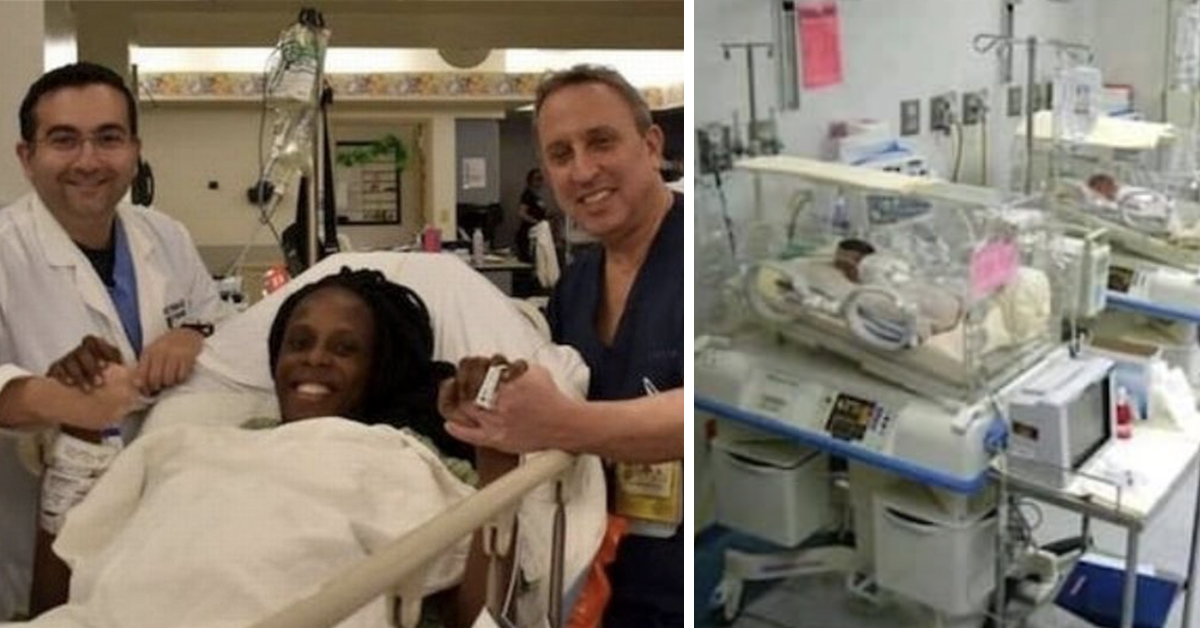 A 25-year-old woman from Mali has given birth to none less than NINE babies after having been told she was expecting seven.

As per truly incredible reports in the Daily Mirror, Halima Cisse delivered the babies by c-section on Tuesday.

Earlier scans had doctors of the belief that she was carrying seven babies, and so she was flown to Morocco for specialist care in March.

However, during the c-section, it became clear that Halima wasn’t carrying just seven babies, but instead having nonuplets!

Mali’s health minister Fanta Siby said: “The newborns (five girls and four boys) and the mother are all doing well.”

Needless to say, nonuplets are an astonishingly rare occurrence – the medical complications associated often mean that one or multiple babies do not reach full term.

Yet Halima’s brood all survived and are all doing well.

The 25-year-old had initially spent two weeks in Point G Hospital in the Malian capital of Bamako, but was transferred to Morocco after the intervention of Mali’s President of Transition Bah N’Daw.

This is truly a miracle of science! Halima has been blessed with nine new souls to take care of, and we wish them all the very best.