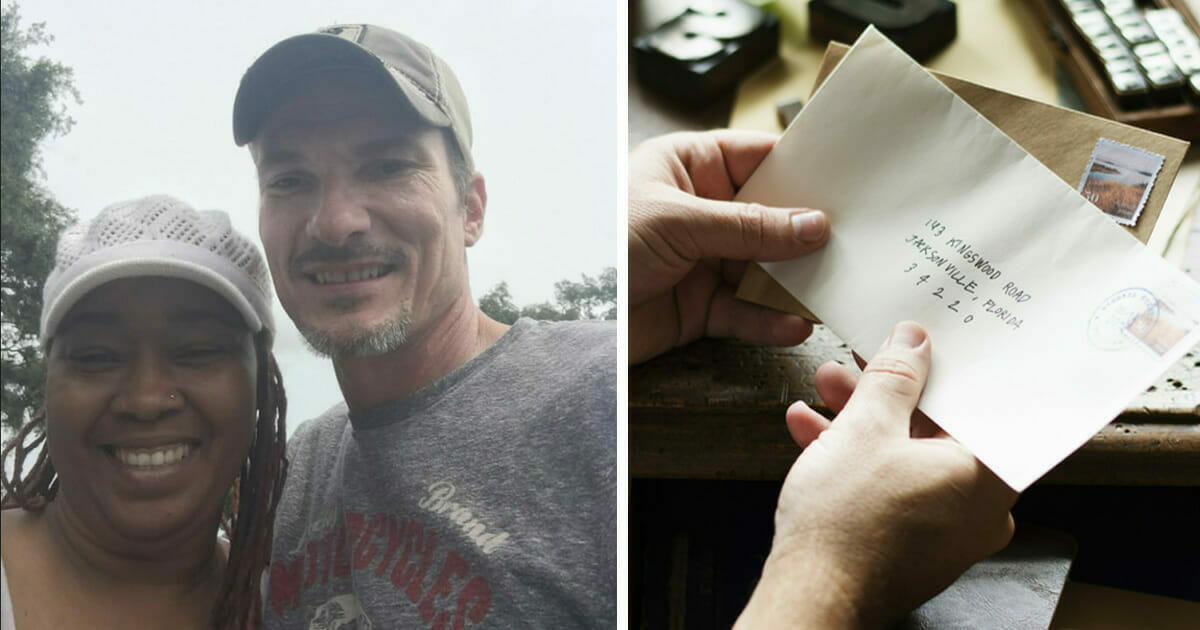 Seeing your child graduate has to be one of the proudest moments for a parent.

Knowing you’ve raised your child to the point where they can go out into the world and make a good life for themselves is a wonderful feeling.

One Florida dad was so proud that his son was graduating from college that he felt like telling the world, well at least anyone who would listen.

But little did he know the reaction he would get from one stranger he told.

Rob Edwards was so excited on the day of his son’s graduation, that he didn’t want the day to end.

He was so happy to share his son Cole’s accomplishments with anyone who would listen – even people in line with him at the bank.

In fact, Rob had gone to his local bank and was telling everyone he met how proud he was of his son Cole.

He was about to enter the bank and held the door open for a woman, and according to Faith Tap, he said to the woman:

“By all means go in front of me. Today my son graduates. I’m slowing down and want to savor every minute.”

As the two waited in line they chatted about raising teenagers until it was the woman’s turn to see the teller.

As the woman passed him to leave the bank she said “Congratulations, I’m so happy for you,” to the proud Dad, gesturing at an envelope she’d left on the counter.

Edwards didn’t see this coming and was stunned. He could only utter “thank you” to the woman while he waited for the teller to finish with his transactions.

It wasn’t until Rob completed his transaction that he opened the mysterious envelope. He looked inside and was shocked to find a $50 bill.

He ran outside to the woman and told her he couldn’t accept the money, but she refused to take it back.

“When you talk about your boy, YOU GLOW. You’re a blessing to him, I want to bless him, too!” she told him.

Rob was so moved by the kindness this woman had shown her son that he took a picture with her and posted it on Facebook.

“I don’t know her name. I’ve never seen her before. But I will never forget her love. I asked if I could take a photo with her. And hugged her. We need more of this in the world. Not the money. But kindness,” Rob wrote in his post.

“I hugged a completely unknown woman today. My son, whom I love with all my heart, was shown love.”

This is a story of extreme kindness❤️? What an amazing woman!

THIS is the way we should ALL treat each other…with love and kindness! ?The world would be a better place!?

Please share this to your Facebook friends and family to pay tribute to this lady who showed so much kindness to a complete stranger.