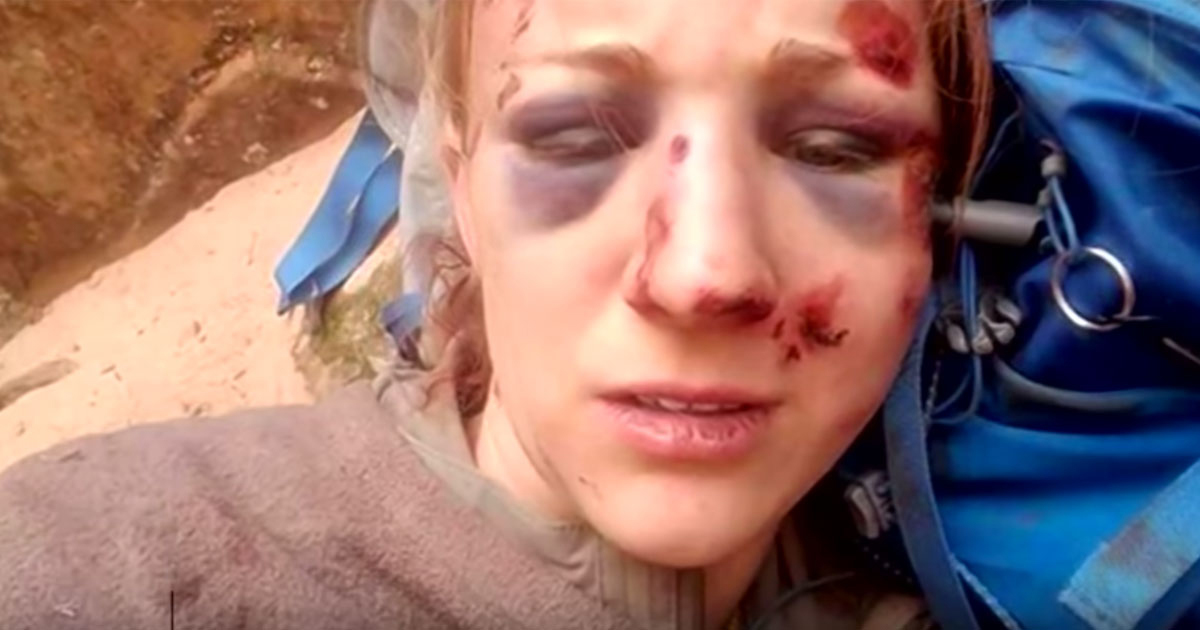 Amber Kohnhorst is an ordinary girl from Minnesota, United States.

But when I read about her story, I was so touched, I decided to share it with you.

It all began one day when Amber was outside, wandering in the mountains. As she walked throught the trees, horror struck.

The 25-year-old nurse had gone on a trip to Arizona to enjoy its famously beautiful scenery and mountain ranges.

As she was hiking one day, a terrible accident happened. She took a wrong step, and went tumbling down a cliff.

By the time she awoke, it was dark outside. She was severely injured, bloodied, and it was clear to her she’d broken bones.

“I could barely move. As soon as I moved, I screamed in pain,” Amber told local tv-station WCTV.

While Amber did have her cell phone with her, there was no reception where she was up there in the mountains. She tried again and again to find a signal, but in vain. Amber feared the worst: that she would actually die there alone in the mountains. So she prepared a final text to her parents.

Amber was severely injured, thirsty, and terrified. But just as she was giving up hope, a search and rescue helicopter spotted her and airlifted her to a hospital.

When her parents received the text, they were understandably shocked to read it.

Amber is now receiving treatment in hospital, after suffering multiple bone fractures, but according to doctors, she will fully recover.

Watch the video below for the full story:

I’m so happy this story ends well! As a parent, I can’t imagine the worry Amber’s mom and dad must have felt. Please share this story with a friend who would also like to read a happy ending!