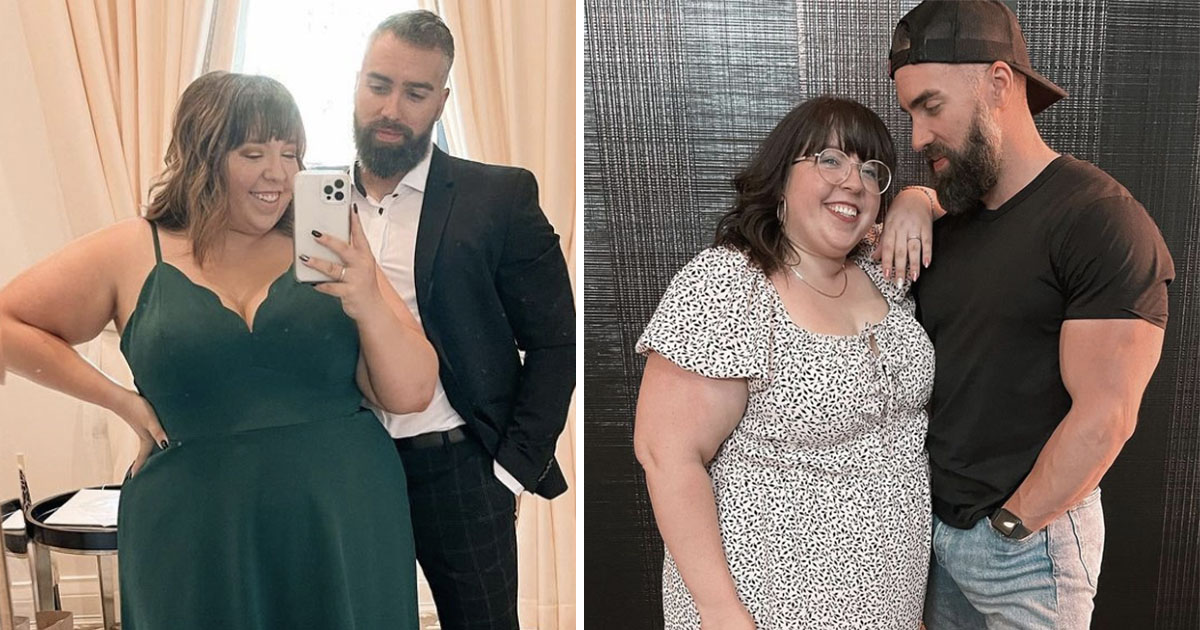 Alicia Mccarvell has a loving relationship with her husband that she is incredibly proud of. But some people seem to think her relationship isn’t genuine and are making unsolicited comments about their marriage.

Alicia Mccarvell is a content creator from Canada and has a massive following on her social platforms. She has over 600,000 followers on Instagram and over 4.9 million followers on TikTok.

Like most influencers, she follows trends and puts her own spin on them. Similarly, she made a transition video with her husband of them getting dressed up for a night out.

The video garnered over 23 million views and thousands of negative comments.

People could not understand why her husband, who is physically very fit with muscles and abs which depict that he spends an ample amount of time in the gym would be attracted to a plus-size woman.

She made a video to counter all the toxic comments people were leaving on her video. She said she saw comments which reasoned that Alicia must have been “thin” when the couple met. They theorized that her husband was gay and she was his beard. Others concluded that her husband merely had a fat fetish and that was the only reason he was attracted to his wife.

“My video went viral, and I know we all know why. It’s because by beauty standards, we don’t make sense,” Alicia said.

“The world looks at us and immediately values Scott more than me,” she went on. “They say things like, ‘Oh, she must not have been fat when they met,’ or ‘Oh, she’s got to be rich.’”

She said people just could not comprehend that her husband loved her just as she was. The body positivity activist went on and said, “We’ve been made to believe that somebody who is physically fit like Scott could never in a million years be in love with or compatible with a fat woman,” she said. “And that’s solely because the world has taught us that we have to value our worth [based] on our bodies,” she added.

She said that since she posted the video, a woman who was “thin” and met societal expectations of what “beauty” is, sent a message to her husband saying that he should be with someone like her and not his plus-sized wife.

She said women buy into the narrative that our worth is associated with our bodies. Just like the woman had assumed Alicia was unworthy of love from a man like Scott because of her plus-sized body, she believed that her thin body entitled her to love.

The social media content creator did not blame the woman or anyone else who thinks this way because she believes society has conditioned us to do so. “I’m undervaluing myself and she is overvaluing herself. We have both been made to believe that our value lies in our body, if this is the way you think, it’s the way you’ve been taught. However, it is your responsibility to unlearn it.”

She implored people to unlearn toxic ideas of what a body should look like and be more accepting of people of bigger sizes.

What do you think of Alicia’s response to haters? Let us know in the comments below!

Share this inspirational message about beauty standards with your friends and family.