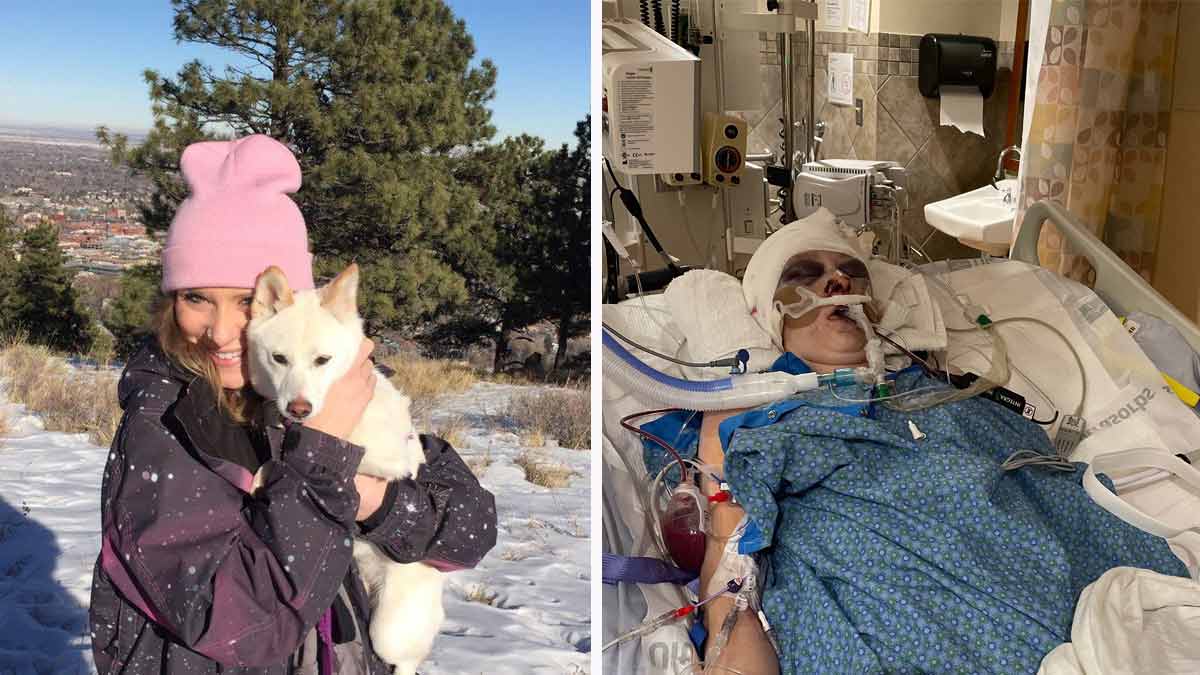 On October 2, Sally Strelecki was standing in her kitchen when all of a sudden she was hit in the head by a bullet that came through her apartment wall.

The incident sent her to the hospital where she was placed in a medically induced coma.

After being on life support for several weeks, Sally is awake and breathing on her own.

Sally, 27, was at home in Arapahoe County, Colorado with her boyfriend Nick when the unimaginable happened.

The 27-year-old was in the kitchen preparing food for her pets when suddenly there was a loud bang.

“Nick was close by on the couch watching TV and he heard a loud bang,” Amy Graham, Sally’s mother, said. “Before he could say Sally, what was that bang? She dropped. He rushed over couldn’t quite understand.”

Sally had been shot in the head.

Nick raced over to her and attempted to stop the bleeding while he called 911. Paramedics arrived and transported her to the hospital and placed in the ICU.

The bullet came from Sally’s next door neighbor.

Arapahoe County deputies arrested Mickel Mclean, 26, who was reportedly fighting with his girlfriend when the gun he was holding “accidentally went off.”

“We all share walls now so it’s something to think about with gun violence. You hear arguing a domestic fight a couple of doors down in the hallway what are we going to think now,” Graham said.

According to a GoFundMe set up by her sister, two weeks after Sally was shot, her family was forced to make a difficult decision. They were asked to withdraw care.

But one day later after a family disagreement, Sally was left on life support.

Now, a week and a half after Sally’s family was faced with a difficult decision, the 27-year-old is awake and breathing on her own.

She is not out of the woods yet as she still has a long road to recovery. Sally is still unable to see and wants to leave the hospital, but she is making progress.

This is great news for Sally and her family. I will pray that she continues to recover from this horrible incident.