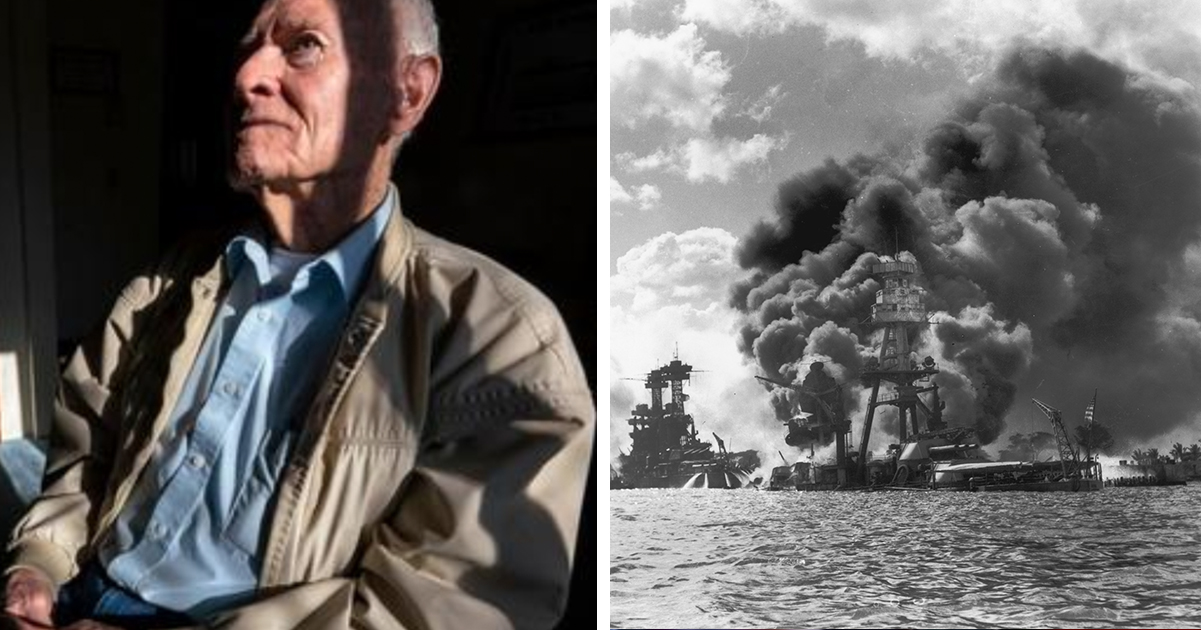 David Russell was on the USS Oklahoma when it was attacked with torpedoes on this day 80 years ago.

But a split second decision to get off the ship likely saved his life as Japanese bombs began falling on Pearl Harbor.

The 101-year-old is now talking about his experience all those years ago and admits he’s lucky to be alive.

The World War II Navy veteran recalls how they started closing the hatch of the ship and he decided to get out.

Within 12 minutes, his battleship would capsize as torpedoes continuously hit the Oklahoma which left 429 sailors and Marines dead.

Now Russell plans to return to Pearl Harbor in Hawaii for a ceremony of remembrance with the help of the Best Defense Foundation, a nonprofit founded by former NFL linebacker Donnie Edwards.

Edwards, a former linebacker, who now devotes his time to philanthropy, inspired by his grandfather who served in World War II.

Russell will travel to Hawaii with the Best Defense Foundation. he will join about 30 survivors and 100 other veterans to honor and remember the more than 2,300 American troops that were killed in the Dec. 7, 1941 attack.

As torpedoes were targeting the ship Russell recalls how he managed to get off the Oklahoma as it started to roll over and using a rope was able to jump to the USS Maryland moored next door.

After the battle Russell made it to shore and joined the men in a makeshift triage center who had been horribly burned in the attack.

“Most of them wanted a cigarette, and I didn’t smoke at that time but I, uh, I got a pack of cigarettes and some matches, and I lit their cigarettes for them,” Russell said. “You feel for those guys, but I couldn’t do anything. Just light a cigarette for ’em and let ’em puff the cigarettes.”

Russell remained in the Navy until retiring in 1960. He worked at Air Force bases for the next two decades and retired for good in 1980.

He’s a widower who lives an independent life in Albany, Oregon, who enjoys meeting up with other veterans as his local legion, reading books on military history and getting through his stack of 500-piece puzzles.

He said for decades he didn’t talk about his experiences as no one seemed interested but the images still haunt him.

I’m glad there are nonprofits to support Russell’s journey today, he deserves to be honored and to be able to honor those who lost their lives that day.