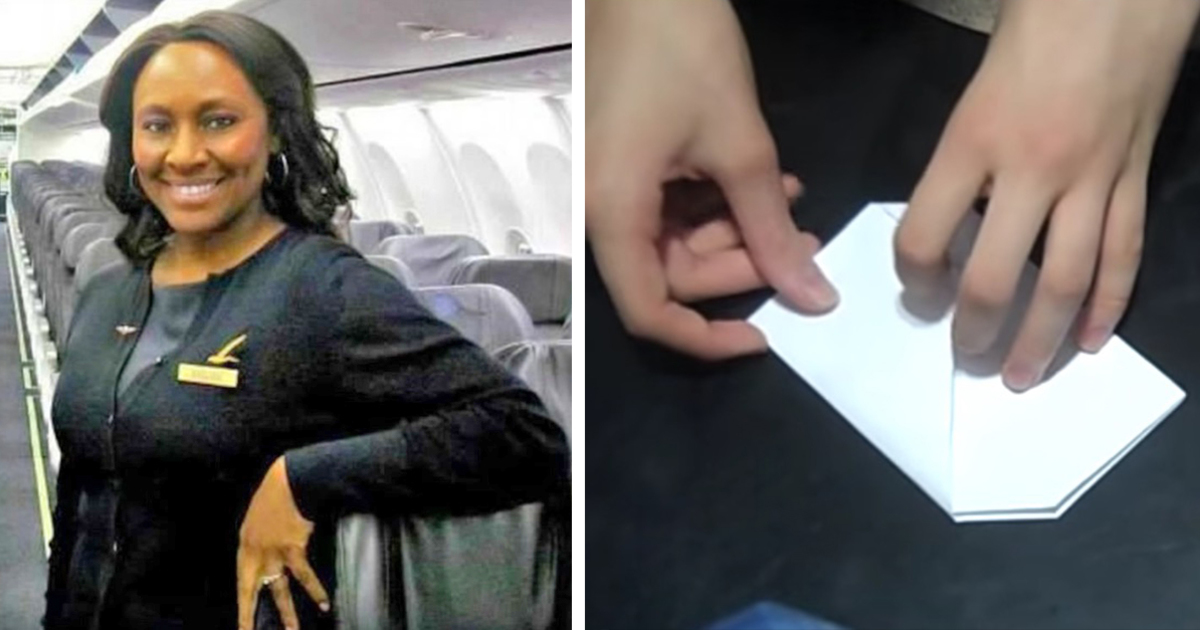 Shelia Fedrick has worked as a flight attendant for many years and is used to dealing with volatile situations that may arise while in the air.

Still, she recently faced something she could never have imagined.

Shelia noticed a teenage girl step onto the plane in the company of an older man. The man was well dressed and seemed fine, as opposed to the teenager who did not appear well.

“Something in the back of my mind said something is not right,” Shelia told WTSP News.

“He was well dressed, that’s what kind of got me because why is he well dressed and she is looking disheveled and out of sorts,” she added.

When Shelia spoke to the girl, she noticed it was the man who answered in her place. It was obvious that he had full control over the girl.

Shelia secretly whispered to the girl to go to the bathroom – where she’d left her a secret note near the mirror.

When Shelia went into the bathroom after her a few minutes later, she discovered a frightening note back from the girl: “I need help,” was written on the back.

Shelia promptly informed the pilot of the emergency situation and when the plane landed, police were already prepared to apprehend the man.

The girl, estimated to be around 14-years-old, was taken care of by the authorities. Shelia gave her her phone number and the grateful girl sure enough saved it and called Shelia a few weeks later to thank her for her intervention.

It turned out that the teenage girl was a victim of human trafficking.

Shelia has now decided to share her story to help and train other flight attendants to detect signs of trafficking.

The UN estimates that about 1.2 million children each year are victims of trafficking. Human trafficking is the third largest criminal activity in the world, after drugs and arms.

Both girls and boys are sexually exploited, for instance, as cheap labor or soldiers, for adoption or are forced to commit theft, beg or traffic drugs – and all of this, we can never accept.

Please share Shelia Fedrick’s story further to give this heroine well-deserved recognition for her swift reaction!