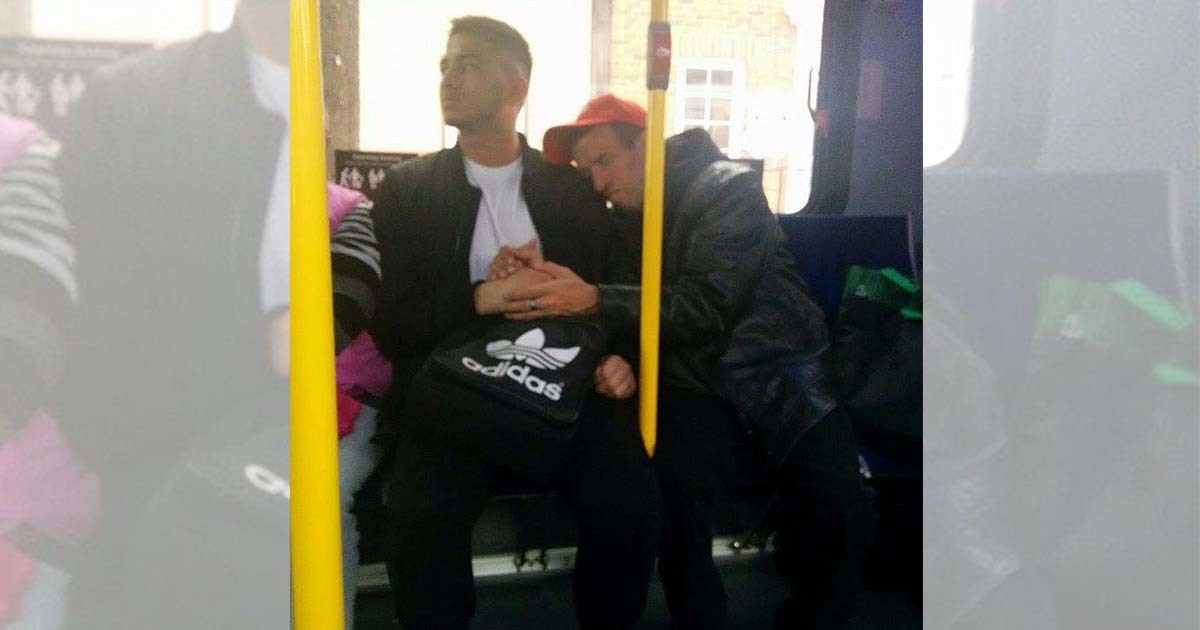 If someone I didn’t know grabbed my hand and on public bus, I’d certainly be very surprised. My surprise would like quickly turn to apprehension and suspicion: who is this person, and what do they want from me?

It’s easy in situations like this to forget that sometimes, things happen that are rather out of the ordinary – and that are purely innocent. Luckily, 21-year-old Godfrey Cutto had that perspective in mind when a complete stranger on a bus grabbed his hand one day.

Another passenger photographed the scene and later posted photos of the event on Facebook – since then, the photo has been shared over 14,000 times. Here’s why.

It was an ordinary afternoon when 21-year-old Godfrey Cutto jumped on the bus. But he soon ran into something out of the ordinary. The man sitting next to him reached out and took his hand.

Godfrey was of course surprised, but decided to play along. Meanwhile, the man kept a firm grip on his hand.

The 21-year-old gradually became uncomfortable and thought he might be getting pranked. Still, instead of pulling it away, he let the stranger hold it, and even allowed him to lay his head on his shoulder for the entire bus trip.

He’d realized that the man was somehow different.

“I just allowed it, like what am I going to do? Sometimes you just have to be selfless and put someone else’s needs above yours,” Godfrey told Inspire More.

Another passenger, who felt the moment exemplified a very simple type of kindness, photographed the scene and later posted it on Facebook. It was not long before a relative of the man on the bus approached Godfrey and thanked him for his kindness.

It turned out that the man on the bus named Robert and was slightly mentally disabled. All he wanted was to feel safe – and holding Godfrey’s hand on his way home helped him tremendously.

Such a simple gesture from a 21-year-old – yet it went such a long way for Robert. Godfrey understood that the man had special needs and just wanted to feel safe. Please share if you agree this young man’s gesture was just wonderful!