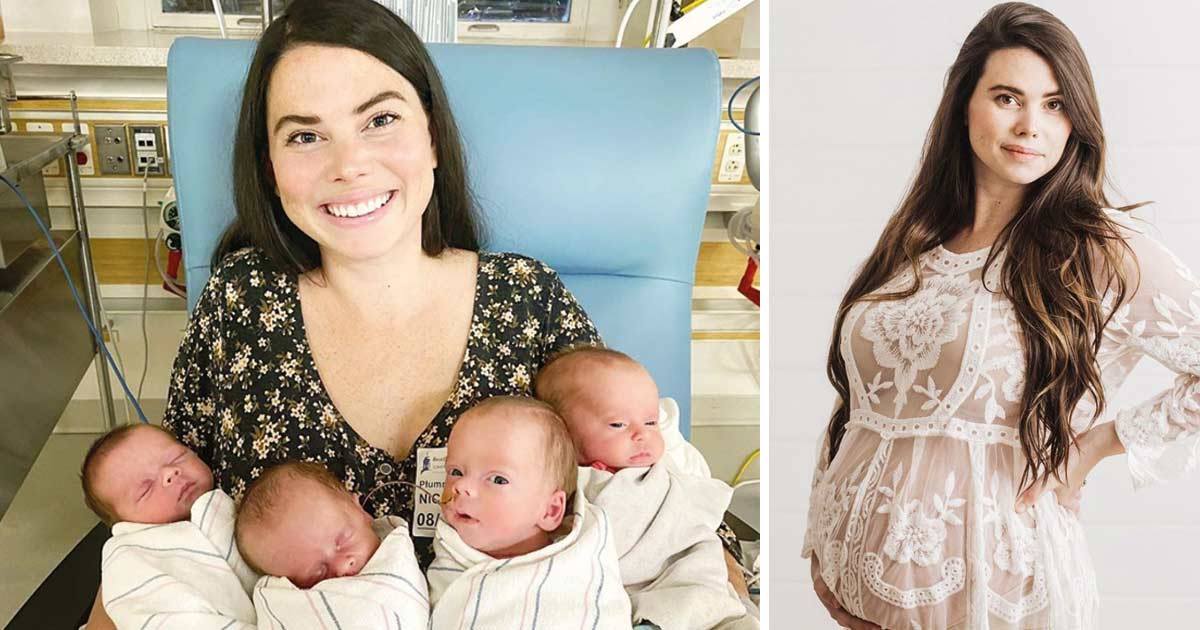 To welcome a child to the world and to your life is the greatest and most expected gift for many couples. Maxine and Jake Young had always dreamed about having a big family, but the dream became a nightmare when they realized they were struggling with infertility. They could never imagine that within weeks their life was about to change drastically.

Maxine and Jake Young married in May 2016, in Pennsylvania, and they couldn’t wait to start a family right away. Maxine wanted to have her own kids, but she also wanted to give a home and a family to kids who needed it, so adoption was in her mind too.

“Jacob was completely on board and loved the idea of having a house filled with lots of love and laughter, maybe a little bit of chaos too!”, tells Jacob’s mum, ArLette Young, in the page they she created in GoFundMe to try to get help for her son’s family.

After being married for just a few months, in February 2017 Maxine and Jake Young started the foster training. After the training, and some more necessary steps, they were approved to take placements in June of 2017.

A moth later the couple got a call, there were a sibling group of three children, ages 4, 2 and 11 months that need a home. And a few weeks later, they picked up their newborn baby sister from the hospital.

It wasn’t easy. Every kid is different and has his/her own needs. The new parents had to face an Autism diagnosis, a lot of trauma to overcome and other challenges, tells Jacob’s mom in GoFundMe.

At the same time, Maxime and Jacob were not giving up on their dream to have biological children, but that journey was’t easy either. Maxine suffered multiple miscarriages and chemical pregnancies and they had to do IVF and an IUI.

After all the struggle, in October 2018 they were blessed with their son, Henry.

The family was then completed… or not?

Within weeks of the adoption being finalized, one day Maxine notice something was happening in her body. She was pregnant again!

‘I didn’t even think that I could get pregnant without doing IVF or IUI, which we had to do with our son. I remember texting [my husband] and was like, “Oh my God”, Maxine said to Daily Mail.

The couple was very surprised and happy, but they could never imagen that the biggest surprise was still waiting for them.

“As soon as she (the doctor) started the scan I could see she had a surprised look on her face. It was very clear when you looked at the screen that there were three pregnancy sacs, all about the same size, you could also see yolk sacs and even fetal poles. She looked at me and said “welp, it looks like there are three babies growing in there!”. I started nervously laughing and was in complete shock. I asked her if everything looked normal and if the babies were measuring on track, they were, 6 weeks on the dot. I had another scan scheduled for the following week”, Maxine writes on Instagram.

They found out that there were having quadruplets

On July 31, at 32 weeks of pregnancy, Maxine gave birth to 4 beautiful babies, each weighting between three and four pounds. They named Silas Ledger, Theo Alexander, Beck Killian, and Cecilia Hudson.

‘Meeting the babies was an indescribable moment. All of the struggles from the past few months were immediately forgotten, the pain and stress didn’t matter, in that moment, everything we have been through was worth it,’ write Maxine on Facebook.

I wish all the best to this brave and generous mum and her beautiful family. This couple are going to face complicated situations, but they have the most important thing to overcome everything, love for each other and their 9 children.