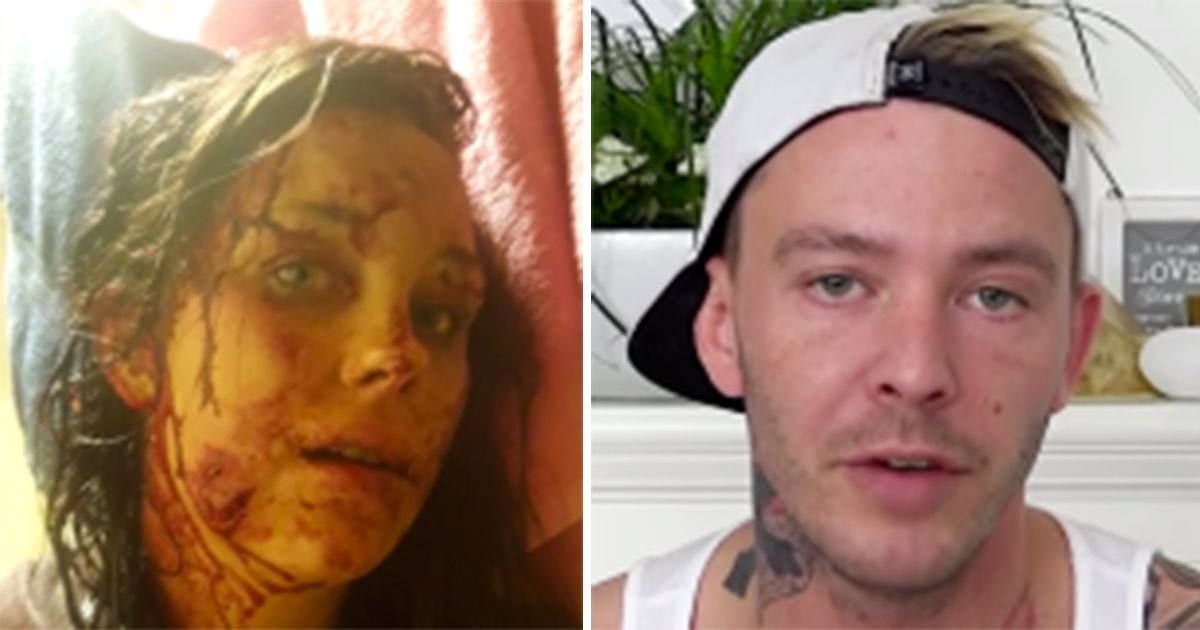 The 25th of May is a date that Swedish sisters Danielle and Josefine Silje-Brooks will never forget. Unfortunately, though, they won’t associate the date with any positive memories, but rather with a truly hellish experience. Together with a friend, the two sisters were violently attacked by a 28-year-old man who dragged them on the ground, stomped their heads, and even bit them in the face. But as horrible as the attack was, the response from their community, as well as internet users, has been truly heartening. When Joakim Berg, a popular Swedish YouTube celebrity, heard about the horrific incident, he decided to raise money to help the sisters get a fresh start—and the donations are pouring in.

On Wednesday, May 25, a 28-year-old man violently attacked three women on a farm west of Stockholm, Sweden. He dragged them on the ground, stomped their heads, and even bit their faces.

“I woke up to the sound of my sister screaming. Then, I saw that he was sitting on her and biting her in the face. He was possessed. It was really sick. I ran forward and tried to pry him off, but he attacked me. He stomped me in the face and shattered my jawbone. I was knocked unconscious and the next thing I remember was waking up in the hospital,” Danielle told a local newspaper.

The man then left the scene and continued his assault. He broke into a nearby farm when he was confronted by the house owner. The 28-year-old then struck the owner of the house in the head with a bottle and bit off half of his ear, threatening the man with death. Finally, he drove to a nearby town where he was surrounded by police and arrested.

The two sisters and their friend were seriously injured and were taken to the hospital to begin a long process of treatments.

“Every time I look in the mirror, I remember feeling him above me biting my cheek. I’m going to look like a monster. Josephine and I have survived only with our lives,” Danielle said.

Because of the trauma that the sisters experienced, their childhood friend Joakim Berg decided to start a fund to help them get their lives back.

“I can’t talk. I’m about to start crying. No one deserves to experience what happened to them. I want to help them have a normal life again,” he said in a video on YouTube.

“The girls would have worked picking strawberries in the summer, but now they can’t. They live in constant pain. One of them had her jaw shattered, so she can’t even chew for six weeks. They’ve gone through the worst hell on earth you can imagine.”

Joakim launched a fund to help the girls, and after just three hours, he raised more than US$12,000.

“This is totally awesome! In three hours, we raised US $12,000 together! And there are still six days left for the fundraising,” Joakim wrote on Facebook. “All you people that donated are just the best! Now the girls have a new life! The scars and the pain are still so clear… But thanks to you, they can now get a decent chance! What we’ve done together in one evening is magical! Im so proud… And so glad I took this initiative,” he added.

What happened to these girls is truly nightmarish. But the way that Joakim and the community have pitched in help the girls rebuild their lives is a true inspiration. We wish you a speedy recovery, Danielle and Josefine! Share if you agree!