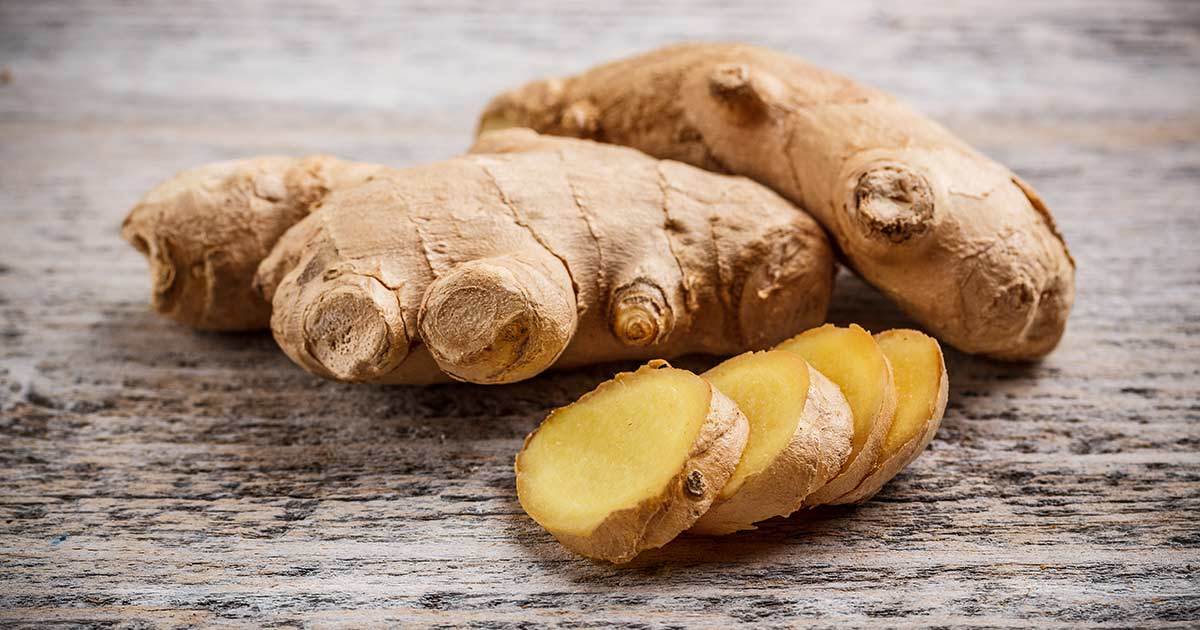 It’s no coincidence that ginger has been used as a natural medicine for several hundred years.

Now science is again and again revealing that the root plant has some seriously awesome effects on health.

The edible part, the root itself, is recognizable at grocery shops everywhere.

Personally, I eat ginger pretty rarely- not because I dislike it, but because I simply forget to pick some up when I’m at the grocery store. But after seeing this list, forgetting will be much more difficult! Everyone should be aware of this super food’s incredible properties.

1. Ginger is good for the heart

The consumption of ginger can lower cholesterol, this study conclusively revealed. In the 45-day study, 85 people with high cholesterol were given 3 grams of ginger powder a day. By the end of the study, their cholesterol levels were significantly reduced. Low cholesterol levels lead, among other things, to a reduced risk of heart disease, hypertension and stroke.

You may have already heard that ginger is great to provide relief for colds and even reverse colds before they settle in. There is certainly truth in this: Ginger has anti-inflammatory properties and contains antioxidants. Gingerol, the bioactive substance in fresh ginger, can help reduce the risk of infections, according to studies.

Nausea is never fun, and ginger can be very helpful if you feel unwell. Studies have shown that among other things, ginger relieves nausea during pregnancy and after surgery.

4. Good for the stomach

Ginger is a classic folk remedy for gastroenteritis and other stomach discomforts. The power food reduces flatulence, improves digestionn and can help with diarrhea.

Eating ginger every day is said to counteract inflammatory substances in the brain’s blood vessels. Ginger also helps the nausea that can be experienced during a migraine attack. This study shows ginger to be at least as effective as sumatriptan, a drug commonly used in migraine treatment. 100 people with acute migraines were tested, and the researchers found that ginger and sumatriptan were comparably effective- with the side effects of ginger milder than those from the sumatriptan.

Ginger increases and improves digestion. Ginger can not single-handedly shed pounds for you, but is a great complement if you want to keep in shape. A study from Columbia University reveals that it’s easier to resist hunger if you eat or drink ginger in the morning. According to the study, you burn about 43 calories eating ginger.

Ginger has been shown to be effective in treating muscle pain. In a study from the University of Georgia, a daily intake of ginger relieved muscle pain by 25 percent.

Ginger is perfect to eat or boil into a herbal drink if you’re feeling cold. The magical root plant is said to increase blood circulation which makes you feel warmer.

Ginger has long traditionally been used to reduce menstrual cramp pain. In this study, 150 women consumed one gram of ginger powder every day on the first three days of their period. The ginger was found to have the same effect as the conventional drug ibuprofen.

10. Ginger can protect against cancer

More research is needed in this area, but some studies have shown that ginger may have a positive effect to counteract breast, pancreas and ovarian cancer. Ginger was shown to also contain a substance that proved effective in killing cancer stem cells that make malignant tumors dangerous, according to this study in PLoS.

I’d say these are more than enough reasons to grab myself some ginger and cook something delicious up with it tonight. Then I plan to try to consume it at least every other day, in one way or another. Please share this list if you think others should also know just how amazing ginger is.