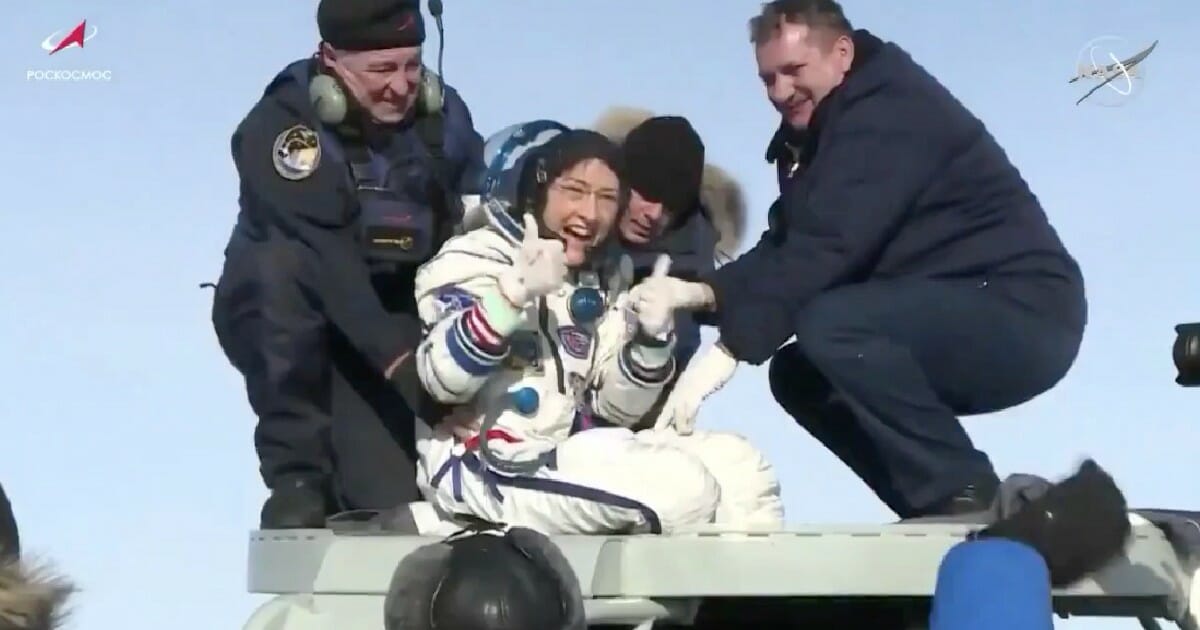 At 4:12 a.m. ET NASA astronaut Christina Koch returned to Earth after a record-breaking mission. She spent nearly 11 months in space – the longest a woman has ever been in space.

Koch, along with Luca Parmitano of the European Space Agency and Alexander Skvortsov of the Roscosmos, touched down in Kazakhstan at 3:12 p.m. (4:12 a.m. ET) on February 6.

The NASA astronaut was all smiles as she was helped out of the capsule and into a chair for a post-flight check-up. According to Russian space officials, all crew members were said to be in good health.

While Koch was in space, she took part in the first all-female spacewalk with fellow NASA astronaut, Jessica Meir. In addition to her historic spacewalk, she completed five more, including two more with Meir. She spent a total of 42 hours and 15 minutes outside of the International Space Station.

During her 328 day stay, which began on March 14, 2019, Koch participated in numerous studies and experiments. She also got to make memories that only a select few will ever get to experience.

“From the space station we see no borders, no boundaries — we are all part of one giant organism that breathes and adapts. I have been in awe of this perspective for almost a year now. Back on Earth I anticipate looking up and seeing the space station streak across the sky, wondering how my friends and colleagues are doing up there without me. For almost 20 years humans have continuously lived and worked in space and the mission continues.”

After going through a round of medical evaluations, Koch will begin her journey home to Galveston, Texas where she’ll be reunited with her husband Bob.

Welcome back, Christina and congratulations on setting yet another record!

Share this on Facebook to inspire other young women that anything they put their mind to, they can achieve!