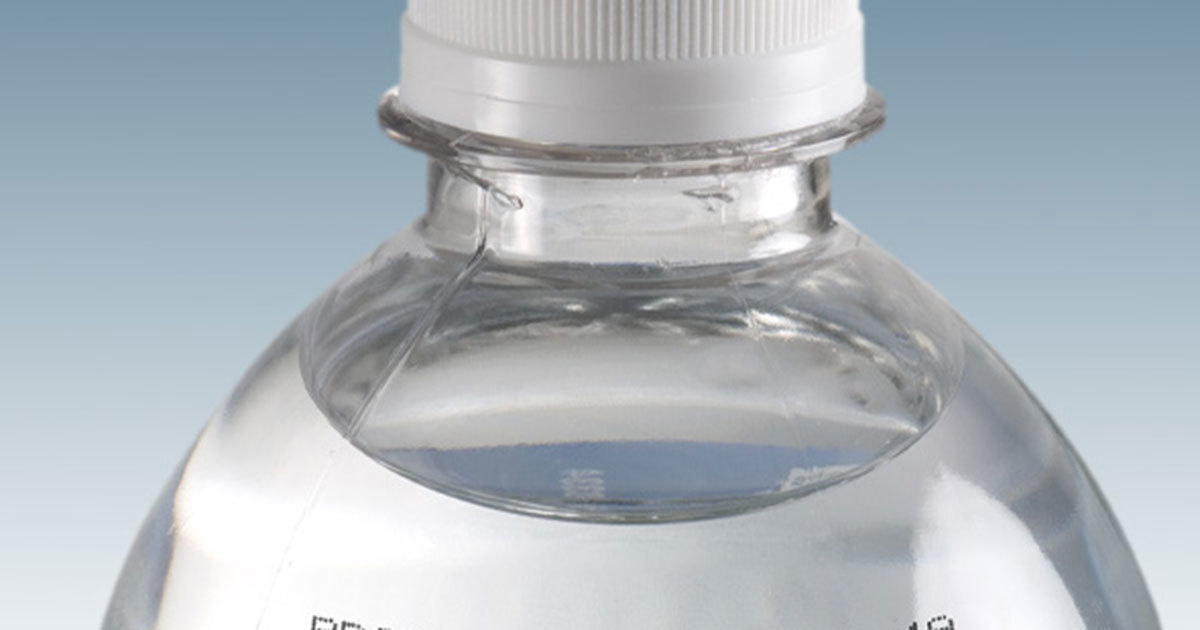 Do you buy water or soda in plastic bottles? And have you thought about what kind of plastic they’re made of?

You can find out by looking at the small icon on the bottom of each bottle. The symbol tells you what kind of plastic the bottle was made out of.

It’s important to know—because some plastics contain substances known to be harmful to our health.

These are the symbols:

PET is a common type of plastic used in recyclable bottles and containers. This type of plastic is intended for single use only, and becomes harmful when used too many times because it accumulates bacteria and is difficult to clean.

The environmental and health hazards of using PET bottles are generally considered to be a low, but a report in Environmental Health Perspectives in April 2010 suggested that the plastic might yield endocrine disruptors under common use.

HDPE, or high-density polyethylene, is a hard plastic used to make plastic bottles, food storage containers, toys, and plastic bags. It is also found in everything from plastic pipes to plastic lumber.

In principle, this type of plastic doesn’t emit any chemicals at all, and can withstand somewhat high temperatures.

PVC, or polyvinyl chloride, or is use plastic wrap, cooking oil bottles, pacifiers, and toys for children and pets. The plastic is hard, but with the addition of phthalate plasticizers, it becomes soft and flexible. The use of phthalates are somewhat restricted in the United States and the EU, as several phthalates are suspected of being endocrine disruptors. High doses of the plasticizers have been shown to change hormones and cause birth defects.

In February 2015, certain hazardous substances were prohibited in the manufacture of PVC in the EU. To be safe, avoid old PVC, as well as PVC made outside the EU, since these goods don’t follow the same safety protections as newly manufactured goods made in the EU.

PVC should absolutely not heated.

This is low-density polyethylene. This type of plastic is used for packaging for bread, frozen foods, plastic bags, clothing, and furniture.

The plastic has no known environmental and health risks, but should not be heated.

PP, or polypropylene, is a white or semi-transparent plastic frequently used in syrup and yoghurt packages. It is strong, light, and heat-resistant. Though it is labeled as “microwave safe,” that only means that it doesn’t melt in the microwave and doesn’t imply that it is completely safe to heat this plpastic.

That said, the environmental and health risks of using this substance are low as long as no hazardous additives are added.

PS, or polystyrene, is found in disposable tableware, yogurt packaging, and disposable food packaging. It is also used to package toys, computers, and kitchen appliances. Polystyrene is manufactured with ethylbenzene, which, according to some reports, can seep into packaged food.

The health effects of ethylbenzene on humans are not as yet inconclusive, but animal studies have shown liver, kidney, and testicular damage. Polystyrene should therefore be avoided in combination with food because the chemicals can leach into the food.

This plastic also emits carcinogenic substances when heated and is unsuitable for long-term use.

The collective group “other plastic” is a diverse category containing both harmless and harmful plastics. Bioplastics fall into this category and are not hazardous to health. But this group also contains polycarbonate, a hard, clear plastic often found in bottles and pitchers. Polycarbonate contains a hormone-disrupting substance called bisphenol A, which has been banned in baby bottles in the EU since 2011.

So if you come across this category of plastice on a beverage bottle or food container, be careful.

To summarize: Choose bottles marked 2, 4 and 5 to avoid the most harmful plastics!

I had no idea that bottles are labeled to let consumers know which type of plastic was used in their manufacture. Help spread this information so that more people can protect themselves and their family!