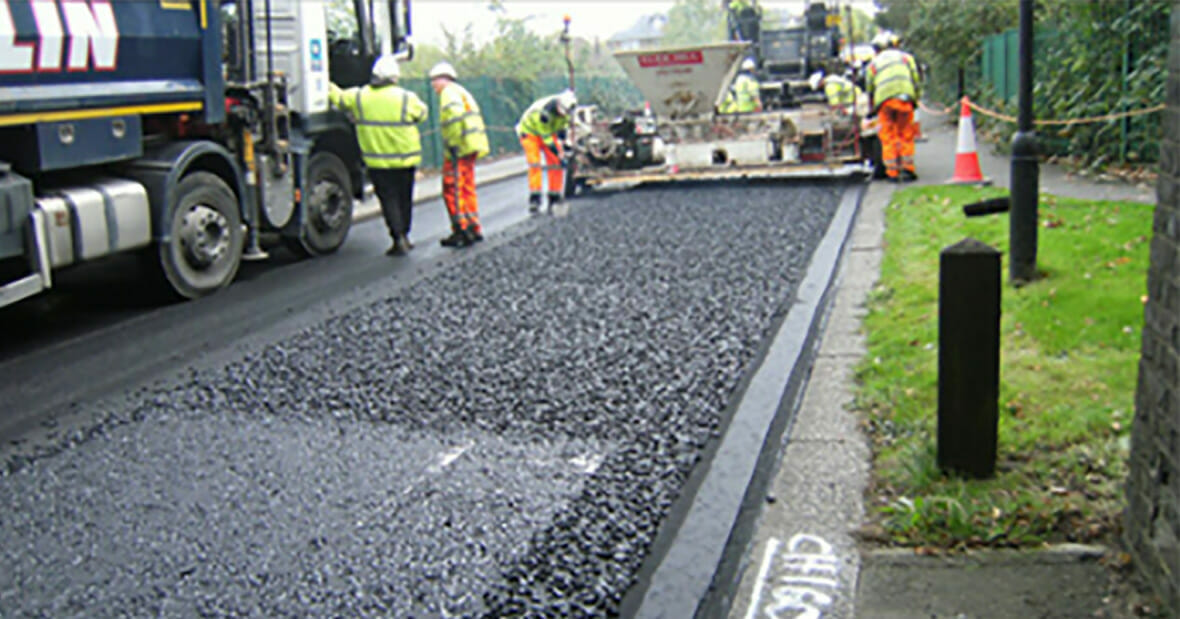 Using plastic is hard to avoid these days, it seems like everything is made from it.

When it was first invented, the whole world marveled at its creation as it made so many things easier in our lives.

But now its used to make nearly everything from baby bottles to computer parts and has replaced so many non-plastic items such as glass soda and milk bottles that are very hard to find in stores today.

Plastic takes years to break down and is polluting not just our seas and affecting our wildlife but even the air we breathe.

But one company is taking old plastic to create something not many of us would think you could create with plastic; it’s something we should all be doing.

A company in the U.K. is turning old plastic bottles into roads and say it lasts longer than the traditional material used to make roads.

The granulated plastic waste is mixed with traditional asphalt to make a material which lasts three times longer than traditional roads making them less vulnerable to cracking and potholes.

MacRebur, based in Lockerbie, Scotland, is the company behind this ingenious idea which says its roads are cheaper and last longer.

Company CEO Toby McCartney said he got the idea when he visited India and saw them filling potholes with plastic waste which was then melted down.

The recycled plastic replaces much of the ingredient bitumen in asphalt, which is created using fossil fuels, so lowering the carbon footprint. It’s also more flexible so less susceptible to cracking under extreme temperatures.

Toby was inspired by something his daughter had said at school. The teacher had asked her class ‘what lives in our oceans?’

“My daughter put her hand up and said ‘plastics Miss.’ Now I don’t want my little girl growing up in a world where this is the case,” he told BBC News.

This material can also be used to make driveways, airport runways, and parking lots.

Find out more about this glorious green idea in the clip below.

This is a step in the right direction for our planet and is an option we should all be considering.

Please share with all the people you think would appreciate this story today.