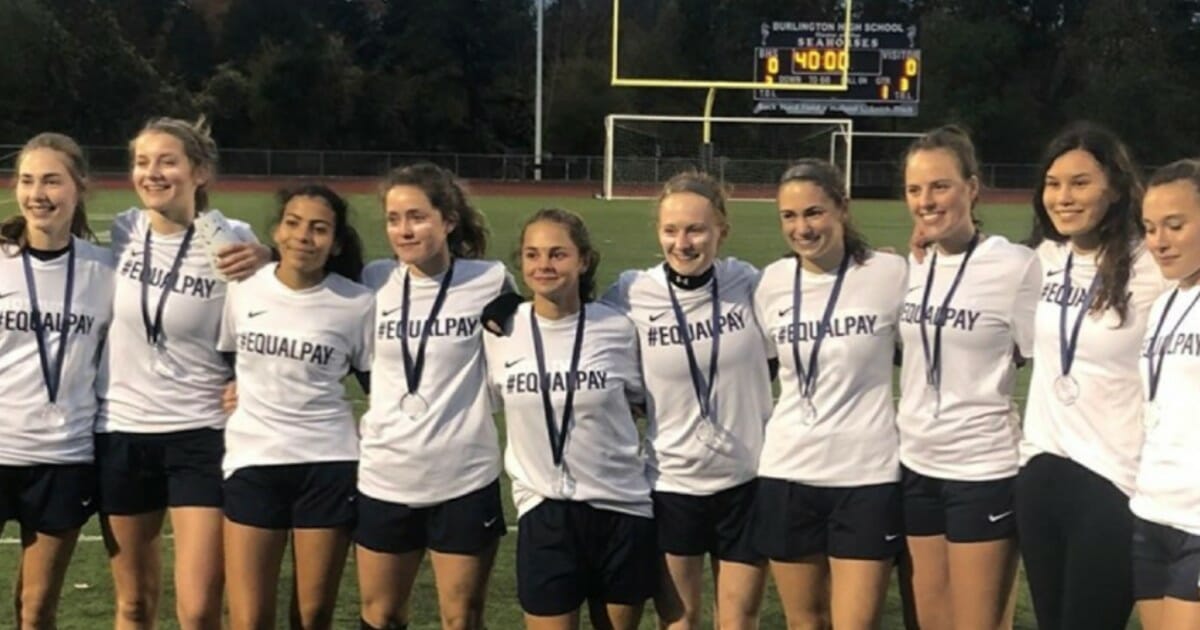 After the Burlington High School girls’ soccer team scored their first goal on Friday, four players celebrated by removing their jerseys to reveal a white t-shirt underneath.

The players who removed their jerseys were promptly handed yellow cards–it’s against league rules to wear anything with a slogan during a game.

But the players didn’t seem to mind. Their message was received loud and clear.

“The refs issued yellow cards to those four, at which point the crowd started to chant ‘Equal pay! Equal pay!’ just like in the Women’s World Cup this summer,” Lydia Sheeser, 14, told CNN.

The teens said they were inspired by the US women’s national soccer team, and initially they planned to wear tie-dyed shirts for a spirit day, but after they got in contact with Change the Story they came up with something more formal.

Once word got out about, they received support from their school’s principal, coach, the boys’ squad, and even Sen. Patrick Leahy of Vermont and his wife, Marcelle.

Another surprising person who has shown support for the girls’ message of “equal pay for equal play” is the referee who penalized the girls.

“He told us he was looking forward to wearing it,” captain Helen Worden, 17, told CNN.

“I am so proud of this team on what they have done on and off the field,” the girls’ coach, Jeff Hayes, said.

The girls have been selling the t-shirts for $25, men are encouraged to purchase one as well, though at a 16% increase to represent the current wage gap in Vermont.

So far, the team has received more than 1,000 orders with the money raised going towards local youth soccer league for girls.

While the team’s co-captain admits they were “frustrated” when four of their teammates were penalized for showing off their equal pay shirts, everyone is happy with the outcome.

“We were frustrated at the time because we felt like our actions were appropriate for the moment,” co-captain Maggie Barlow, 17, said. “In the end, the most important thing is the message we’re sending.”

Way to take a stand for what you believe in, ladies!

Share this if you support this team of wonderful young women and their fight for equal pay.