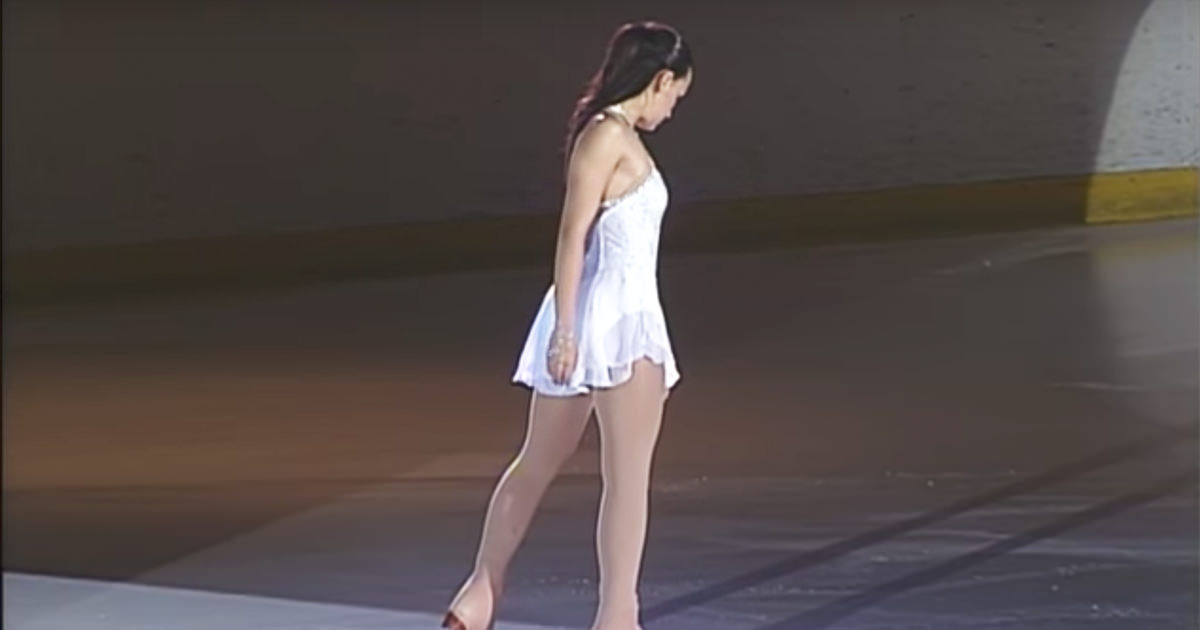 Few songs make me as emotional as Leonard Cohen’s legendary “Hallelujah”. We have heard it in a variety of versions, ranging from bagpipes to acapella groups and hard rock.

But this version probably beats all those I’ve heard before, combined. On skates.

Figure skating is an art in itself, being able to move smoothly over ice, jump, do pirouettes, and slide over the ice as gracefully as can be. And for every choreographed artistic skating performance, there is always a song that usually helps to create the mood.

In this case, when talented figure skater Taryn Jurgensen enters the ice, something very special happens.

When the beautiful and emotional song “Hallelujah” begins to play, sung by Alexandra Burke, Taryn slowly begins to move. For each move she makes, the song becomes more and more powerful and the incredible interaction between the sweet tones of the song and her movements is truly magical.

“Hallelujah” usually gives me a sense of freedom, and that’s exactly why I felt so good seeing Taryn float around on ice skates. From backward skating to jumps and turns she makes everything perfect and it just gets better with the music.

Taryn had an absolutely flawless performance — and the judges took notice. This amazing routine in Los Angeles won her the competition — and there were certainly several people in the stands fighting back tears. I know that I was.

See Taryn’s amazing routine below — and listen to the beautiful “Hallelujah” interpretation at the same time:

This was so incredibly beautiful. Please share Taryn’s performance with your friends so they can also see it as well as listen to this heartwarming version of Hallelujah.