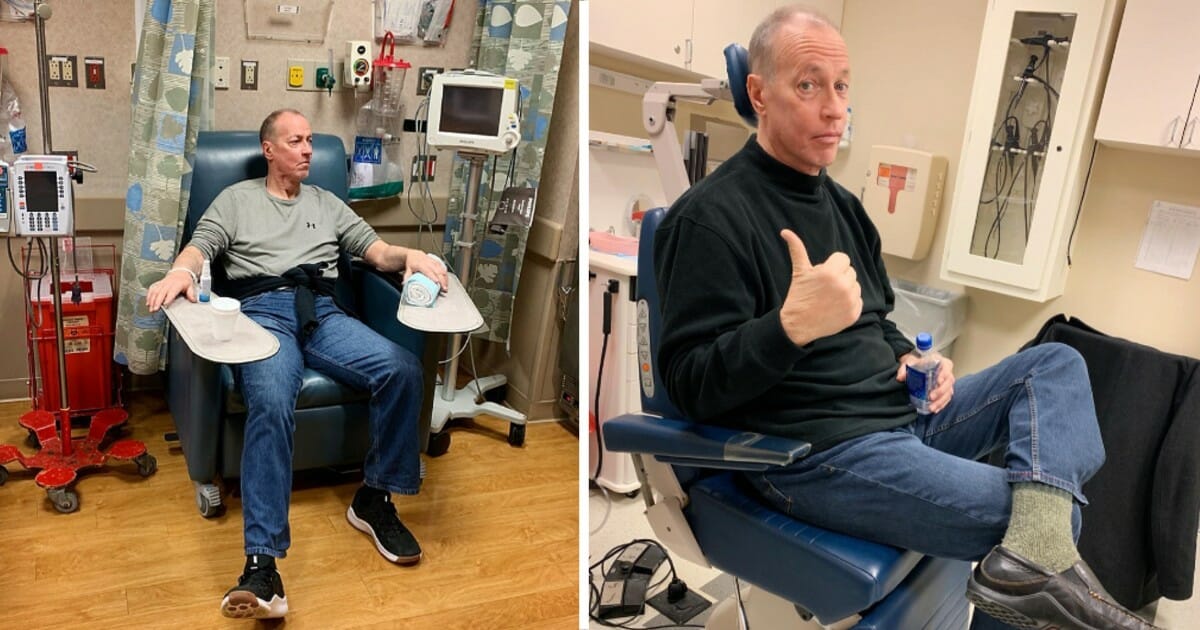 Buffalo Bills Hall of Fame quarterback Jim Kelly’s latest cancer scans have come back clean, according to his wife’s Instagram.

The news is welcomed after Kelly was first diagnosed with squamous cell carcinoma in his upper jaw in 2010. He was declared cancer-free in 2014, but in 2018 the oral cancer returned.

Praising God on the streets of NYC! Another “clean” scan!!! Thank YOU SO MUCH for praying and standing with us as we continue this journey…one day at a time, one prayer at a time. It all sounds cliche, but it’s true. All we have is this moment and what is right in front of us. It’s so easy to get caught up in the “what if’s” of tomorrow and totally ignore the gift of RIGHT NOW. I was worried about the outcome of the scans. What if…? And the Lord reminded me of the fact that no matter what the outcome, no matter what the scan results showed, God is still GOOD, REGARDLESS…because He is God! And His plans are perfect! He doesn’t make mistakes! This kind of trust doesn’t happen overnight! It’s a letting go and letting God one moment at a time. It’s learning to understand and accept how little I can control, but how perfectly in control God is. And although it’s dreadfully hard sometimes, I would not want it any other way. I’m praying for you! Proverbs 3:5-6

After testing showed his cancer returned in 2018, Jim Kelly underwent another round of treatment.

“The oral cancer we hoped would be gone forever has returned. Although I was shocked and deeply saddened to receive this news, I know that God is with me,” Kelly said in a statement. “I continuously talk about the four F’s: Faith, Family, Friends and Fans. With all of you by my side, we will fight and win this battle together. Staying ‘Kelly Tough’ and trusting God will carry us through this difficult time.”

And one more thing… 23 years didn’t come easy. In fact, there was a whole lot of heartbreak, suffering, and pain. But every tear and trial was worth it. Because our marriage has never been stronger than it is today. We have never experienced the kind of love we do now. Maybe because we came to realize that our marriage and our very lives have a greater purpose. A purpose that has nothing to do with our comfort and everything to do with becoming more like Christ. He’s the goal. In life…and marriage! On to the next 23…❤️

The former NFL player also underwent surgery earlier this year for a cyst that was pushing on his spinal cord.

“My family’s been yelling at me for a long time, but I kept putting it off, putting it off putting it off. And I got to a point where I can’t put it off anymore. I just can’t wait for a day where I’m pain-free,” he said. ” Right now, my back’s killing me. Hopefully, nothing else is wrong.”

It’s scan day. Honestly, I don’t know how he does it. Not just the MRI’s and scans and the waiting and wondering and worrying…but the everyday stuff. The pain that never seems to go away. All the other issues that go along with having been through cancer treatments (if you know, you know). Just all of it. Yet, before they take him in, he’s talking to everyone and laughing and just being Jim. Always wanting to make someone else’s day better. I want to be more like that. No matter what the circumstances are. So here we are… As you have so many times for us in the past, will you pray? And if you’d like me to pray for you, let me know. I would be honored. I believe in the power of prayer, but especially in the One who knows exactly what we need at all times! He is faithful and so good! Romans 8:28 I’ll be sharing the outcome in my story as soon as we know the results. Thank you so much!

Thankfully God has heard his prayers, and subsequent scans, including his most recent have revealed that Kelly is cancer-free.

We finally got back the results from Jim’s recent MRI…CLEAN! Thank GOD! It took a bit longer than usual because of all the reconstruction Jim has had inside his mouth. They wanted to be certain that all was good… This extra waiting has been a reminder for me. A reminder to remember the WHO and not the what. The bigger picture and not the present outcome. Although God is in all of it, I needed to be reminded (yet again) that this is not the end of the story. It’s a page. A chapter. It’s part of the greater story. Hope this reminds you that THIS (whatever your “this” is) is NOT the end of the story. Immeasurably more is always in store for those who hope in the Lord! AMEN!

Share this story to keep him in your prayers that he remains in good health.