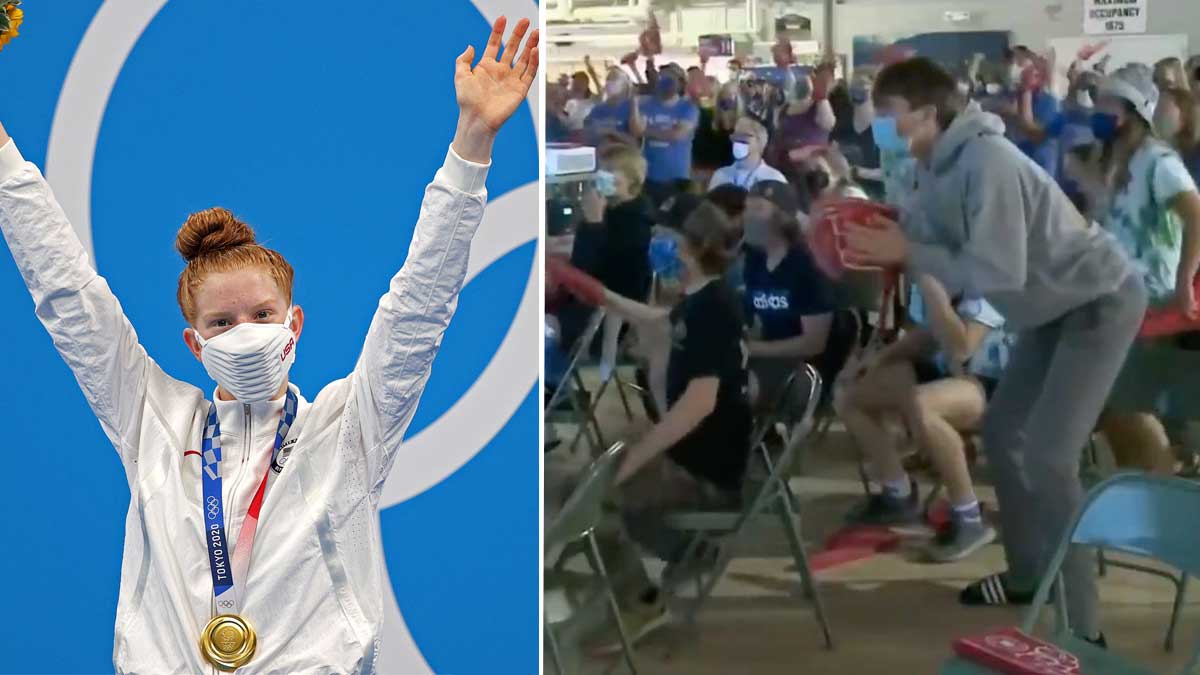 Lydia Jacoby, a 17-year-old from a small town in Alaska, upset the defending champion and her teammate, Lilly King during the women’s 100-meter breaststroke at the Tokyo Olympics.

Normally, this is where we’d say and the crowd went wild.

And while they absolutely did, it just wasn’t in Tokyo. They were all in Lydia’s hometown of Seward, Alaska.

Unlike many other big-name swimmers, Lydia not only comes from a small town, but also from Alaska. Her being on Team USA marked the first time someone from Alaska made the U.S. Olympic swimming team.

“A lot of big-name swimmers come from big, powerhouse clubs,” she said. “Me coming from a small club, in a state with such a small population, really shows everyone that you can do it no matter where you’re from.”

Her local pool that she typically trained in was only 25 meters. An Olympic pool is 50 meters.

However, last year that pool closed down and she was forced to take a break for a few months. Eventually she was able to train in a pool in Anchorage, which is about two hours from her home.

But even that pool wasn’t your typical Olympic-sized pool. It’s L-shaped, so after swimming 25 meters Lydia had to turn in order to swim the remaining 25 meters.

Leading up to the women’s 100-meter breaststroke, Lilly King was favored to win gold. She had won that race since December 2016, but when it came time for the 2020 Olympics, it was all Lydia Jacoby.

I was definitely racing for a medal. I knew I had it in me,” the 17-year-old said. “I wasn’t really expecting a gold medal, so when I looked up and saw the scoreboard, it was insane.”

Even though spectators weren’t allowed at the venue, Lydia had an entire crowd cheering her on in her hometown of Seward. And when she touched the wall and won, they were overjoyed for their classmate.

Even her teammate was excited for her.

“I’m so excited for Lydia,” Lilly said. “I love to see the future of American breaststroke coming up like this and to have somebody to go at it head-to-head in the country.”

Congratulations, Lydia! Way to make everyone proud! You’ve got an exciting future ahead of you.