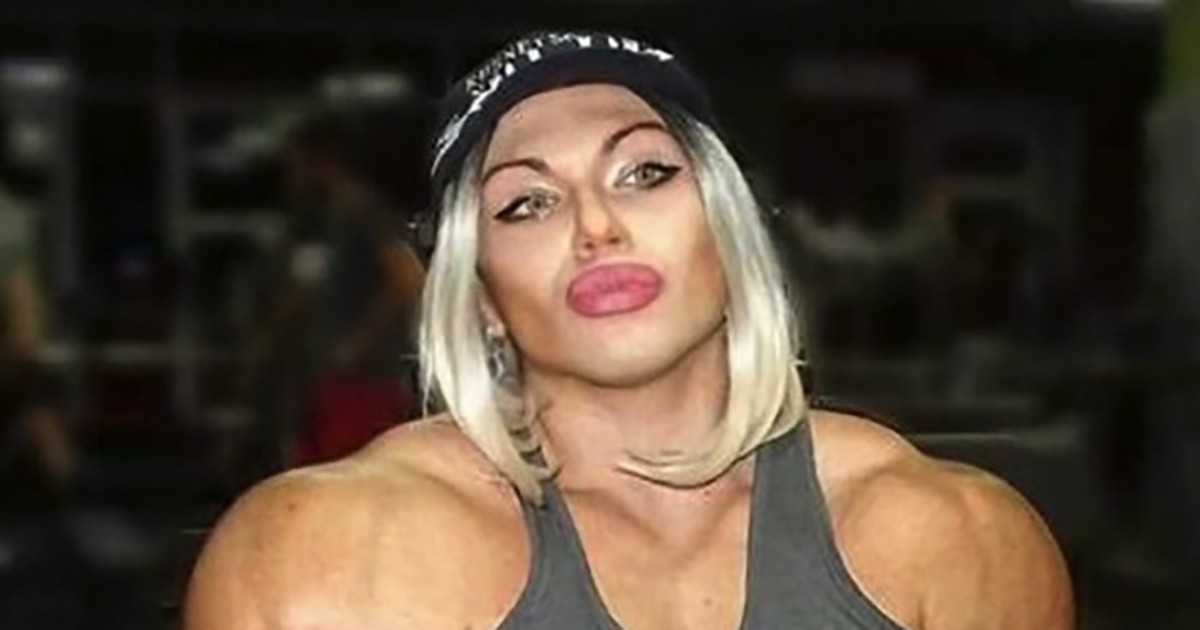 Keeping ourselves in shape is important for our body and soul to feel comfortable. For most of us, that means simple things like taking a walk or doing some light daily exercise.

For 31-year-old bodybuilder Nataliya Kuznetsova, however, keeping in shape looks a little different. The professional Russian female bodybuilder is said to hold the world arm lifting, bench press, and deadlift titles – with one look at her, it’s hard to believe otherwise.

Personally, I think everyone reserves the right to look however they want. Individuals should never be teased for their appearances – how one chooses to dress and shape themselves is, of course, entirely up to them.

Here at Newsner, we have previously reported on amazing and fascinating people who are strong enough to do things their own way. They don’t give a heck about society’s preconceived ideas of beauty, preferring to follow their own dreams.

I, for one, think that’s very important. We must never forget that all people are equal, and the cultural differences between us are what makes our world so colorful and lively. In any case, that’s my firm opinion.

Nataliya Kuznetsova, a Russian 29-year-old, holds the world arm lifting, bench press, and deadlift titles – and her entire lifestyle is about improving her muscular and impressive body.

Everything in her life has centered around always becoming stronger in the pursuit of being able to lift more. As a young woman, Nataliya knew what she wanted to do with her life. At 14, she began powerlifting and decided to become a bodybuilder, according to UK site LadBible. When she started her journey, she weighed just 80lbs.

There isn’t a lot of information out there concerning Nataliya’s childhood and upbringing. What we do know is that she was born Nataliya Trukhina on the first of July 1991, in Chita, southeast Siberia, Russia.

Growing up, she was very active. She loved training and combat sports in particular. So when she turned 14, Nataliya embarked on a bodybuilding career, going to the gym almost daily.

Under the supervision of coach Alexei Ivanov, a well-known and respected coach in the area, Nataliya was put on a rigorous diet.

The goal for Natalia wasn’t to build a mountain of muscle and compete. Instead, the main target of the gym classes was to get stronger, while attending some mass as a bonus.

But it didn’t take long before people noticed the young girl putting on weight and gaining bigger muscles every day. After a few years, she started signing up for competitions. Nataliya was entirely focused on becoming a bodybuilder, and she did very well in one of her first championships.

As a 17-year-old, she weighed only 150lbs, but was capable of bench-pressing 220lbs. According to Nataliya, this was in the early days of her career while she was still living in Chita. She hadn’t even discovered protein shakes and didn’t know how crucial it was for building muscles. Still, she managed to achieve some amazing results.

Whether it was simply because she discovered protein or not is a matter for others to debate, but to this date, Nataliya has won several championships and set numerous records.

According to The Famous People, the Russian colossus won the 2014 Cup of Eurasia in Vologda, Russia. In 2015, she became the Champion of the Cup Eastern Europe (GPA).

“It’s not about being perfect – it’s about showing up, putting in the effort and getting the work done to get you were to envision yourself to be-Everyday is another opportunity to move forward a little more,” she wrote on her Facebook account.

But Nataliya is more than just a powerful bodybuilder with an eye-catching exterior and biceps measuring 18.5 inches.

In 2013, she graduated from the Moscow State Academy of Physical Culture. She also participated in a “Manon Lescaut” production at the Bolshoi Theatre of Russia.

Today she lives in the Russian capital with her husband, bodybuilder Vladislav Kuznetsov. The couple met in 2009 and tied the knot in 2015. Nataliya often posts sweet tributes to her husband, who supports her in whatever challenges she takes on in her life. The couple have no children at the moment, but Nataliya would like to have one in the future.

”Our love story is quite modern. We met on the Internet, more precisely, on Odnoklassniki(a social network service in Russia). For a while, we only talked as friends,” Nataliya said in 2019.

Over the years, Nataliya has fought hard to be able to live on her passion. In the early years of her career, she was almost always short on money.

It was challenging to find sponsors, and she had to take money out of her own pocket to train and compete. In Russia, it wasn’t easy to get contributions or help – but since Nataliya has received quite a lot of attention and gone viral of late, things are looking brighter.

She currently has several sponsors and works with nutrition brands such as Oxytropin and RPS Nutrition.

Likely none of this would have been possible if she hadn’t been active on social media – pictures of her muscular body have been spread like wildfire over the years. Many have seen her face on the Internet – but probably quite a few know who the female goliath is.

Nataliya has previously talked the preconceived opinions of other people. Some people call her ugly and refer to her by hurtful names, but she refers to them as children who cry when they meet someone far stronger than them.

“The classical standards and norms are long gone. Even the modeling industry is already ”very different”. My best advisor is a mirror,” she says.

However, she treasures all the love she gets from her numerous fans around the world.

“Most of my Instagram followers are men. They stand for around 75%, and it’s about the same percentage on other social networks. They write a lot. Compliments to an athlete are no different than compliments to a non-athlete,” she said.

Today, she has a whopping one million followers on Instagram. Nataliya, a unique Amazon woman, as she labels herself, constantly updates her fans with sneak-peaks from her everyday life. And of course, her feed is fully packed with gym tips and exercises.

She claims she was at one point tempted to try growth hormones, but ultimately decided they were not for her. However, she’s admitted to using estrogen blockers and other performance enhancers that are banned by most major sporting bodies.

In early 2017, Nataliya announced that she would leave the spotlight and “retire” from powerlifting, but only one and a half years later, she was back for the next big competition in Moscow. She also revealed that she was pursuing a career in coaching and wanted to help others “achieve their potential.”

What’s your opinion on Nataliya’s life choices? Is she doing the right thing by following her dreams, or is this pure madness?

Feel free to share your opinion, but keep it civil in the comments section!