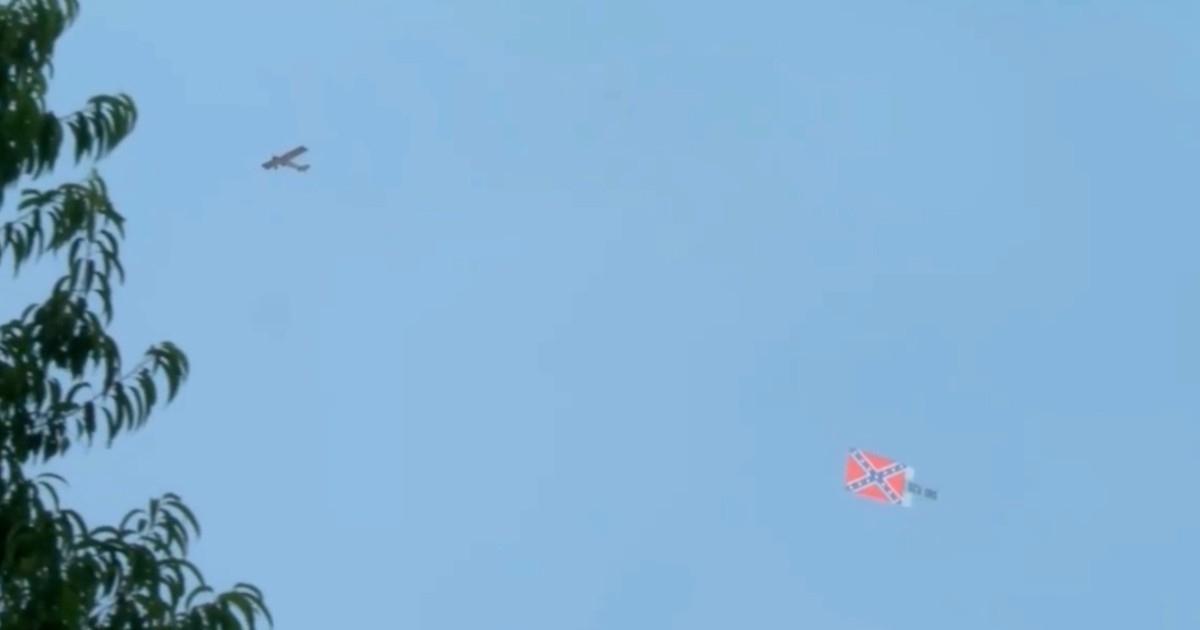 One month after NASCAR announced that the Confederate flag would be banned from all races and properties, a plane pulling a Confederate flag flew over Bristol Motor Speedway ahead of NASCAR’s All-Star Race.

It was the United States’ first sporting event with thousands of fans in attendance since March. An estimated 20,000 people filled the stands.

Behind the flag was a sign that read “SCV.org,” the website for the Sons of Confederate Veterans. The organization also claimed responsibility for flying the flag over Talladega Superspeedway in June.

The stunt also comes a few weeks after a noose was discovered in Bubba Wallace’s garage stall. An FBI investigation revealed that the noose had been in the stall since at least October 2019.

According to WCYB, only a “few” Confederate flags were visible at the actual race.

Do you agree or disagree with this stunt? Let us know on Facebook.