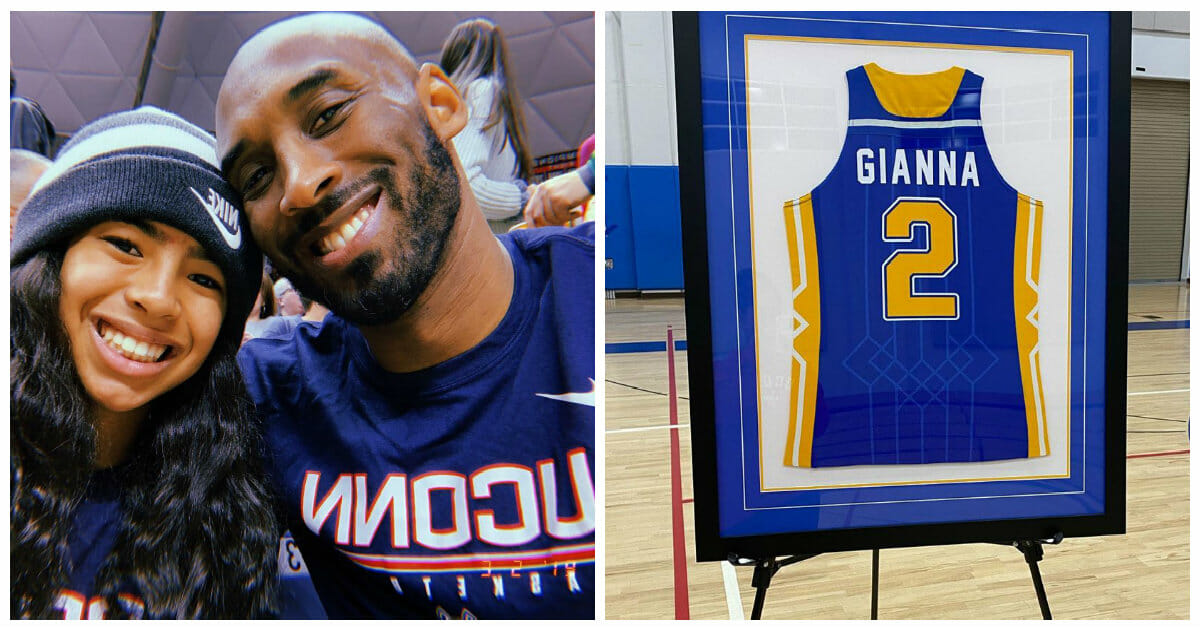 The world is still in shock over the death of NBA legend Kobe Bryant, who was killed in a helicopter crash at the age of 41.

But his death was made even more tragic by the fact that his 13-year-old daughter Gianna also died in the crash, along with seven others.

Many have paid tribute to Kobe in recent weeks, but Gianna got a touching tribute of her own from her school.

The young teen had always planned to follow in the large footsteps of her father, and played basketball for her team at Harbor Day School. By all accounts she was as fierce and determined as her dad on the court.

“She definitely represented the ‘Mamba Mentality’ every time she stepped on the floor,” Joshua Parks, one of her basketball coaches, said according to Today.

After Gianna died in the accident, her classmates and school faculty held a ceremony in her memory.

Displaying photos and her jersey number “2,” her teammates performed a song and teachers shared fond memories of their late student.

Her former adviser and music teacher Yunga Webb called her “one of the most humble people I’ve ever known.”

But the most touching tribute: the school retired her jersey number.

It’s a sports tradition reserved for the most special and distinguished athletes when they retire ore pass away, meaning no one can wear their number for the team again because it’s so associated with them.

Both of Kobe’s jersey numbers were retired by the Lakers in 2017, and now his daughter will share that honor.

It wasn’t the only touching tribute to Gianna. The teen was a huge fan of the UConn women’s basketball team and dreamed of playing for them one day.

After her death, the school honored her by putting a jersey with her number on it on a seat with flowers during one of their games. They said she was “forever a Husky.”

And the Lakers placed her jersey on a courtside seat next to her father’s during their tribute.

“There is no #24 without #2,” Vanessa Bryant, Kobe’s wife and Gianna’s mother, wrote on Instagram.

Kobe was such a massive star that it’s almost easy to forget the other victims of the crash. But the tributes to Gianna are a reminder that she was a strong young woman with a bright future ahead of her, who left her own impact on the people she knew.

“In honor of her. Because she’s always with us.”

The deaths of Kobe and Gianna are incredibly tragic, and our hearts continue to be with their family at this difficult time.

Let’s always remember the legacies they left us with. Share this touching story!