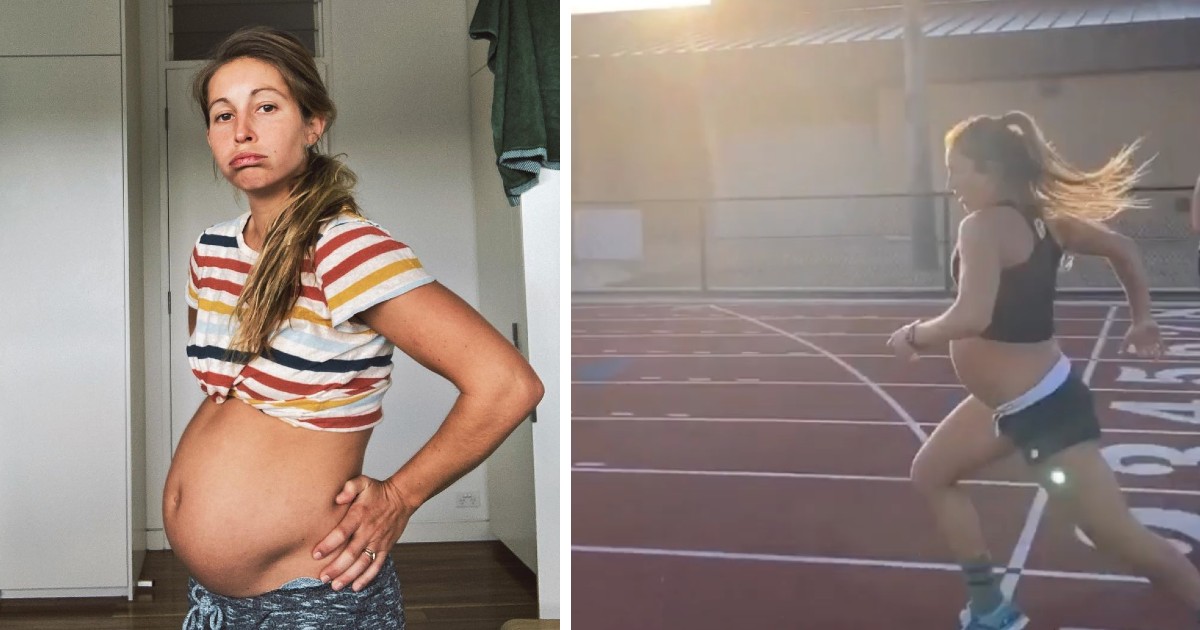 Women are capable of some pretty incredible things.

Whether it be physical strength or mental strength, not a day goes by where women don’t impress us.

Recently, Mike Myler, 29, shared a video of his wife Makenna, 28, doing something that surely no man could ever do, running a mile in under five minutes while nine months pregnant.

Makenna, who was due on October 19, has been running competitively since high school. She ran at Brigham Young University, but it wasn’t until she graduated and found the Valor Track Club that she really became an elite athlete.

“My body is used to high mileage and supplementary strength training,” she told TODAY.

While some found the video off-putting and questioned why she was working out so far along in her pregnancy, Makenna said her workouts were approved by her doctors and they even encouraged her.

“I think pregnancy is a beautiful thing and it’s not an injury or a sickness, that you’re still really capable,” she told Good Morning America.

Dr. Danielle Jones, an OBGYN who wasn’t involved in Makenna’s care, told Good Morning America, that generally maintaining your workout routine is okay, though there are some conditions that prevent patients from doing so.

“You don’t see it a lot because most people get uncomfortable by the third trimester and aren’t wanting to run a five-minute mile, but there’s definitely people out there who can comfortably continue that in their pregnancy.”

While the five minute and 25 second mile was extremely impressive, Makenna doesn’t want people getting the wrong impression.

“The first trimester I didn’t have that extra weight but I was exhausted and I was probably running slower than I am now,” she said. “I’ve had to listen to my body and really let myself recover and get a workout in if I can, if my body is feeling it, but they’re definitely few and far between.”

And for those who were concerned about the baby’s wellbeing, days after Makenna’s remarkable mile went viral, she gave birth to a healthy baby girl!

Congratulations Makenna and Mike! May your new bundle of joy be everything you wished for and more.