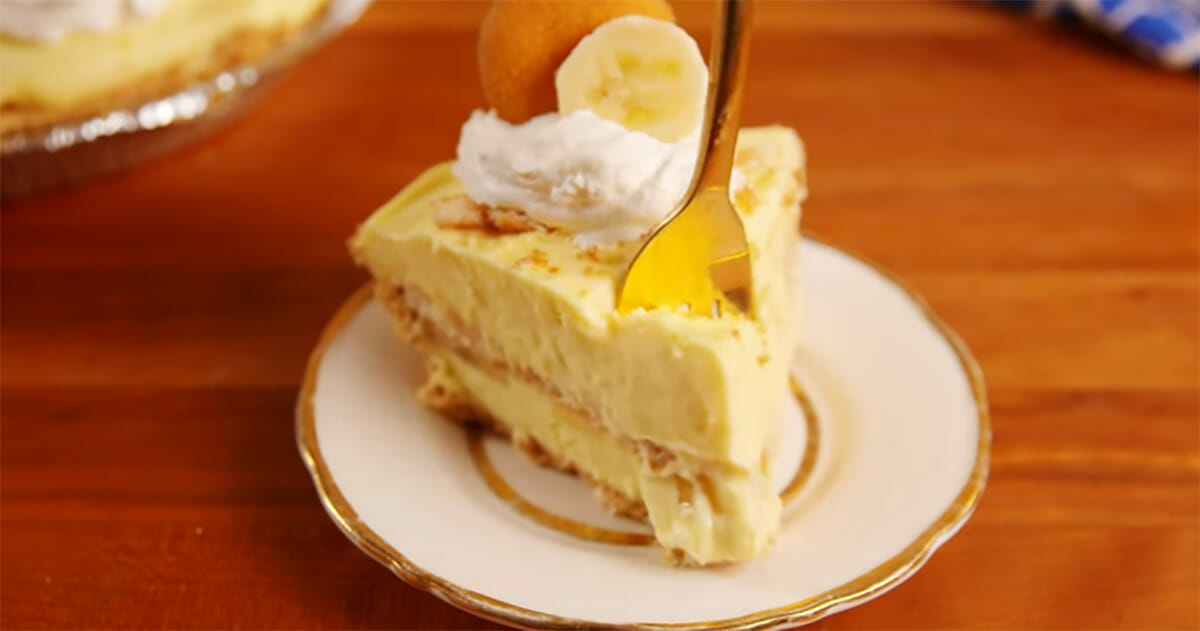 I remember eating cheesecake a lot when I was a kid but these days it seems to have fallen out of favor at the family dinner table.

Cheesecake is believed to have originated in Ancient Greece where it was served to athletes during the very first Olympic Games in 776 B.C.

This recipe for Banana Pudding Cheesecake combines two American favorites which is sure to bring this delicious cake back to the dinner table and have your guests asking for more.

Banana pudding is a firm favorite in households around the nation; it’s something you can serve at both an adult-only dinner party and a daytime kid gathering.

This recipe, from Delish, requires no baking just the patience to wait for it to set in the refrigerator, and as a cold dessert it can be made ahead of time and therefore take the stress out of preparing a meal.

1. To make the cheesecake filling beat the cream cheese with a hand mixer or stand mixer until it’s free of all clumps.

2. Add sugar and beat then add in heavy cream and vanilla and beat until medium-stiff peaks form. Set aside.

3. In a bowl, whisk together pudding mix and milk. Let pudding stand for 3 minutes in the fridge until thickened. Fold into cheesecake mixture until combined.

4. Pour half the filling into graham cracker crust. Add a single layer of sliced bananas and Nilla Wafers (20 total), then pour over remaining cheesecake mixture and smooth top.

5. Refrigerate until cheesecake is firm, at least 6 hours and up to overnight.

6. Before serving, top with a spoon of whipped topping around the border of the cheesecake. Top each dollop with a banana slice and Nilla wafer, then scatter crushed Nilla Wafers over the top.

See how simple it is with the step by step guide in the clip below.

Please share this delicious recipe with all those banana pudding lovers out there.

Prepare to be OBSESSED.