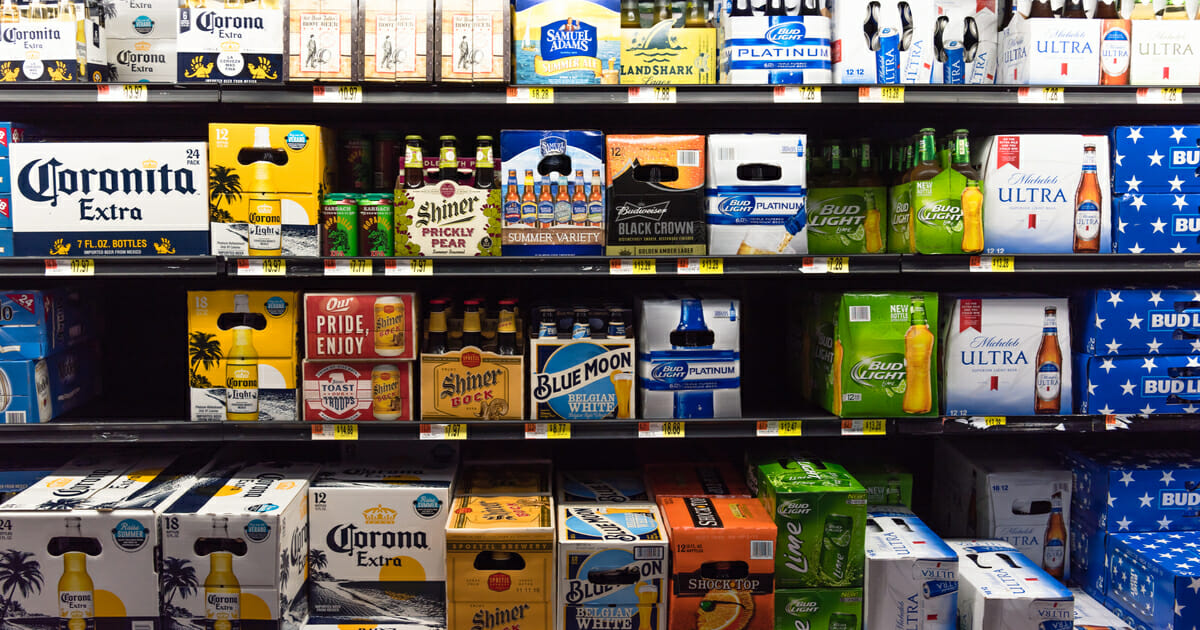 The coronavirus pandemic has deeply impacted all of our lives on a historic level, but even amidst all the confusion and uncertainty, somethings never change. For instance, we all still really like to drink.

Even as the virus has closed all the bars and restaurants, the stressed out and largely out-of-work population apparently needs a cold one now more than ever: beer and booze sales have seen a significant uptick since during the lockdown.

Beer might not be viewed as an “essential” supply, but while shopping for disenfectant and hording toilet paper, many people found room in their carts for some alcohol.

A study by data analysis firm InMarket found that many beer brands have seen a boost in sales between March 1 and April 17. The trend has mostly benefited cheap domestic and lower-calorie choices.

According to KRON, Busch Light got a huge 44% increase in sales in that time frame (maybe offering free beer to dog adopters and engaged couples paid off after all.) Miller Lite, Michelob Ultra, and Natural Light also saw a boost between 14 and 17 percent.

Love them or hate them, those kinds of beers seem to be the perfect choice for this moment: with a tanked economy and large-scale layoffs, people are looking for cheap and reliable. Overall sales of budget beers have increased 8% in the past month.

“In a situation where tens of millions of people just got laid off or furloughed, people are definitely thinking about their wallets,” Todd Dipaola, CEO of inMarket, told CNN Business.

“A lot of people are buying lite beers because they’re not moving around as much, so lower calorie beers make a lot of sense.” Sales of White Claw, the popular low-calorie hard seltzer, has also seen a boost.

Interestingly craft beer companies have taken a hit in the same time frame, mostly because they rely heavily on sales to bars and restaurants.

It’s safe to say that everyone can really go for a beer right now… unless that beer happens to be named Corona.

If there’s one thing that can get us through this crisis, it’s a nice cold one. Share this story if you love beer!