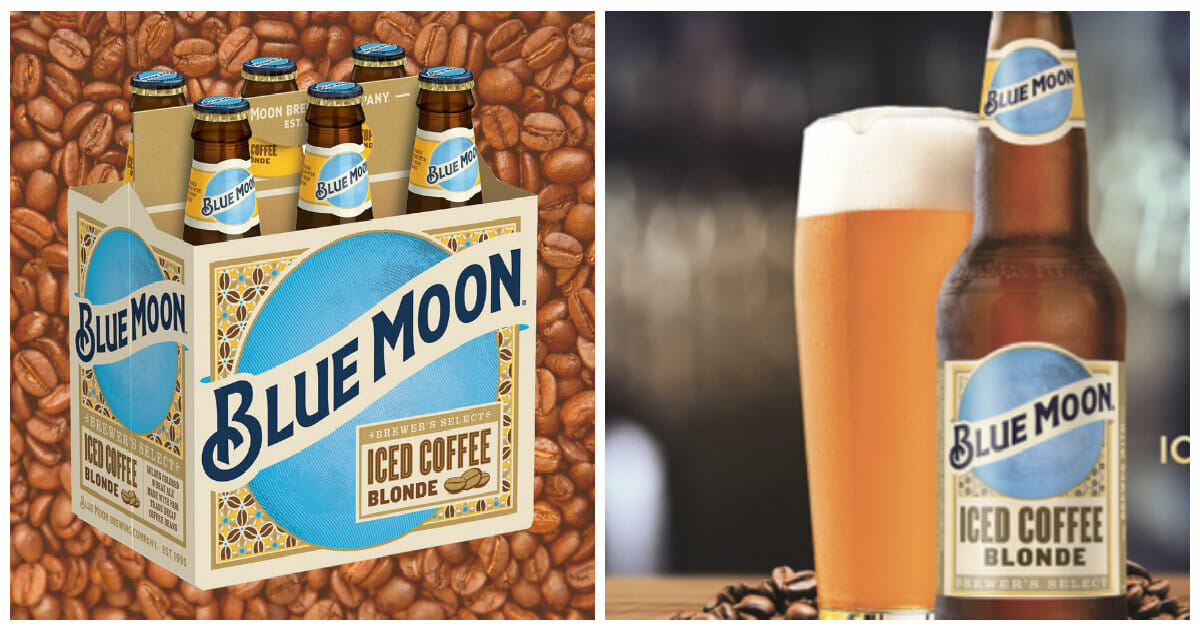 We all know beer is delicious the way it is, but that hasn’t stopped brands from trying out every new flavor they can think of—everything from pumpkin spice to pickles.

Now one popular beer brand is unleashing a new beer that tastes like iced coffee, combining our favorite morning and nighttime drinks into one tasty concoction.

We’ve all had a classic Blue Moon, the Belgian white usually served with a slice of orange in it. It’s a refreshing summertime favorite, but as Fall arrives the brand is trying something new.

In November, the company will release a new “Iced Coffee Blonde” beer nationwide. After a successful testing at their Denver brewery, the drink will be available in stores in packs of 6 and 12.

Did you see our latest? We can confirm, it's delicious. https://t.co/O2Z5jVLGlF

Other beer brands have gotten in on the boozy caffeine trend lately, but unlike PBR’s hard coffee, this is a traditional beer with coffee flavorings. It has a 5.4% APV.

“The light-bodied blonde wheat ale is brewed with arabica coffee beans from Denver-based Luna Roasters, pours a deep golden straw color and has the taste and aroma of iced coffee,” a press release explains.

Despite the name it also doesn’t have any caffeine, so if you were hoping to drink this early in the morning for a pick-me-up, you’re out of luck (and also might have a problem.)

It’s not the first beer to taste like coffee, however its mostly in stouts and porters which have a similar flavor. Blue Moon, on the other hand, tried to make coffee work in a lighter beer similar to their classic products.

“It’s lighter in color with a more refreshing profile that’s easier to drink than a coffee stout or a coffee porter, the coffee beers most drinkers are familiar with,” said Elizabeth Hitch, the brand’s marketing manager.

There’s no beating the classic taste of a good beer but sometimes it’s nice to try new products, and this sounds pretty tasty—or at least, it’s a new Fall flavor that isn’t pumpkin spice.

Just remember not to put an orange slice in this one.

Know someone who loves Blue Moon and coffee? Share this news!