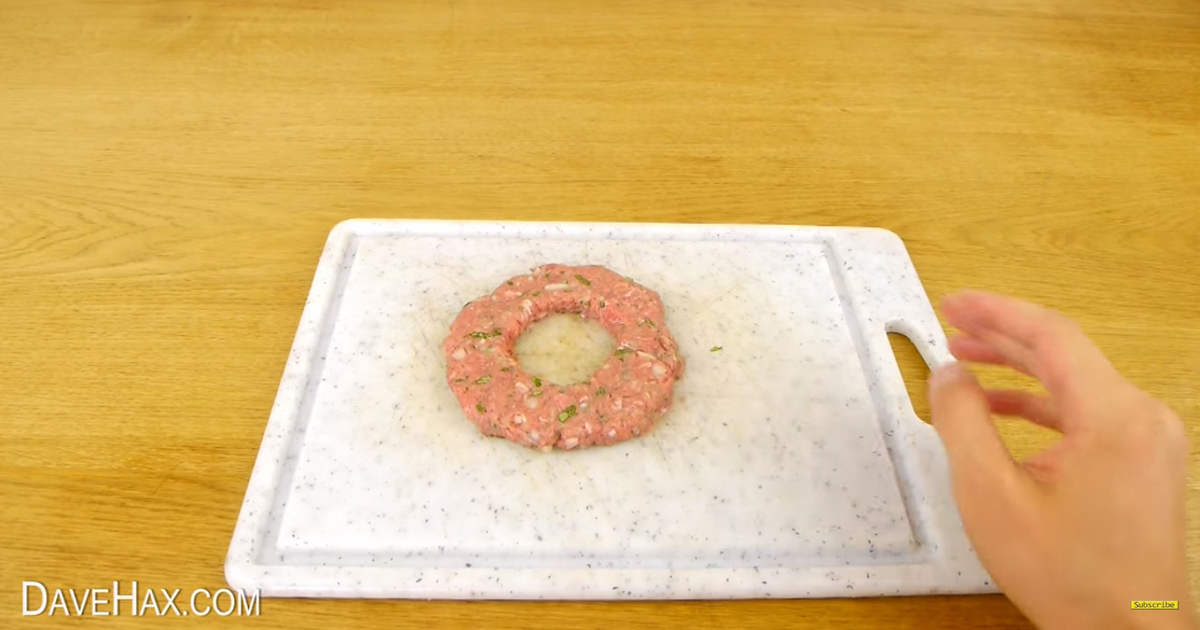 Burgers are one of the greatest – and most popular – culinary inventions. Normally, we wouldn’t recommend doing anything with the patty except cooking it to perfection – and probably throwing a couple in there.

But that was until we saw this recipe.

It starts out just like any other burger recipe – with some ground beef and assorted ingredients thrown together, before being mixed and shaped into a patty.

But then it starts to take an unusual turn, when the guy – YouTuber DaveHax – cuts a hole in the middle.

But this is actually when the magic starts to happen. He puts the patty in the pan and then cracks an egg into the middle of it.

And then he lets it sizzle away.

He then steps it up another notch by putting cheddar on top and letting it melt.

And as for the end result, well, we’ll let the picture speak for itself.

To see the full video and get the recipe, watch the video below.

Do you know anyone who could eat this? Share the recipe!