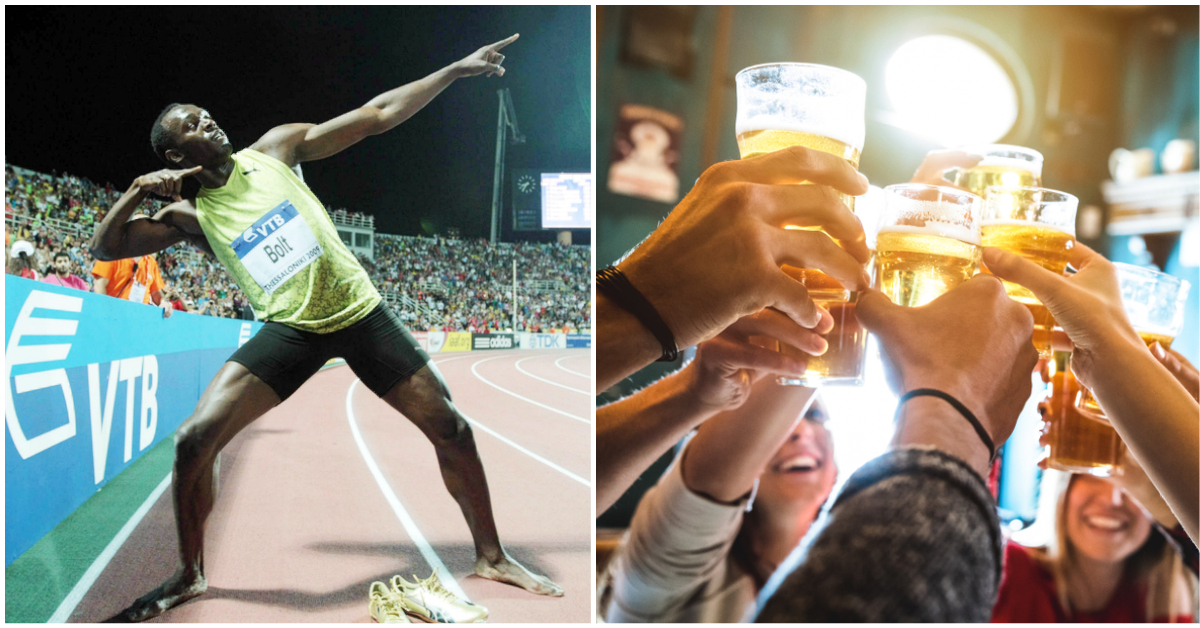 If you’ve ever followed the Olympics, you know the name Usain Bolt. The Jamaican runner is a sports legend: he holds world records in three track events, has eight Olympic gold medals and is widely considered the best sprinter of all time.

And if that’s not enough to earn your respect, how about this: he wants to buy you a beer.

While Bolt is retired and won’t be participating in the upcoming Olympics in Tokyo — which are (finally) kicking off this weekend — he is helping to celebrate the event by teaming up with Michelob ULTRA for a sporty new promotion that can get you a free beer.

If you grab a Michelob at your local bar this Saturday, you’ll be able to put it on Bolt’s “running tab,” and get reimbursed for $5 when you upload your receipt to their website.

“For one day, on July 24, the legendary sprinter and ULTRA want people to head back to their favorite bars to put their post-workout ULTRA on his ‘running tab,'” Michelob ULTRA wrote in a press release.

The promotion is a timely tie-in with the Olympics, and it also fits in with Michelob ULTRA’s branding as the beer of choice for athletes and other people looking to lose weight, due to its low calories and carbs.

In other words you can enjoy one guilt-free, even if you’re training like Usain Bolt. “Our aim is to let people know you can work hard, but also relax,” Bolt told People.

“I’ve always been someone who has had as much fun off the track as on it,” he said in the press release. “I’m thrilled that we are able to join forces on a program that combines the joy in both exercise and sharing a beer with your friends at the bar.”

The promotion also doubles as a way to encourage people to support their local bars that had been shuttered at the height of the pandemic.

And if you can’t make it out to a bar on Saturday, Michelob also announced another promotional team-up with Usain Bolt, the “ULTRA Beer Run,” where people can upload photos of their workout and redeem a free beer via My Cooler.

Your morning run might not earn you any Olympic medals, but at least you can get a free beer, which is just as good in our book.

Share this story with someone who could use a free beer this weekend!